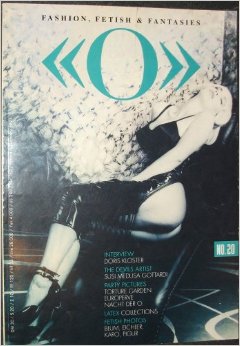 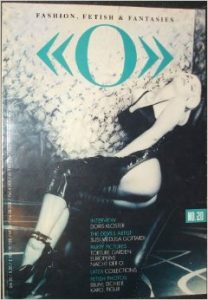 Surely a ‘shot in the arm’ for those of us interested latex clothing, PVC styling, wild flights of fetish fiction and European naughty sensibilities, it has just been announced that: “…in an eleventh hour deal, Peter W. Czernich has secured an investor to continue the production of Marquis Magazine and all related Marquis media products.”

C. Michael Martell will partner with Czernich to create a new worldwide media company, Marquis Magazine being its flagship. As we reported just a few months ago, and has been a surely deeply felt reverberation for all the fantasy faithful and lifestyle scene-sters everywhere, Marquis was said to be closing. But now most of the company’s operations will be moved to the U.S. (though select productions will still continue at existing facilities in Germany, as they always have) specifically in the North Eastern and central Florida.

Peter W. Czernich will remain as Senior Editor of the expanded company while C. Michael Martell will be acting as Editor-in-Chief. Marquis will continue to be released in English, German and French versions, with a Spanish language edition planned for release in 2017. www.marquis.world  (not yet ‘up’) will be the new site for all that the company will feature.

A standard bearer for alternative couture-to say the least-the lush glossy Marquis Magazine was beloved by all who ever strapped into a corset or wore a latex mask. Begun by Czernich in 1994 after losing the right to his original magazine “O”’s name, what was started as a compliment ‘spin-off’ to Skin Two became a sensation all its own. Two years after Marquis began Czernich began Heavy Rubber (not a magazine about tires, to be sure!) he also continued to publish stand-alone photographic books and create and sell clothing.

If the Martell/Czernich match bears fruit it seems the two men will be marching forward with all that we always loved about the Marquis brand.