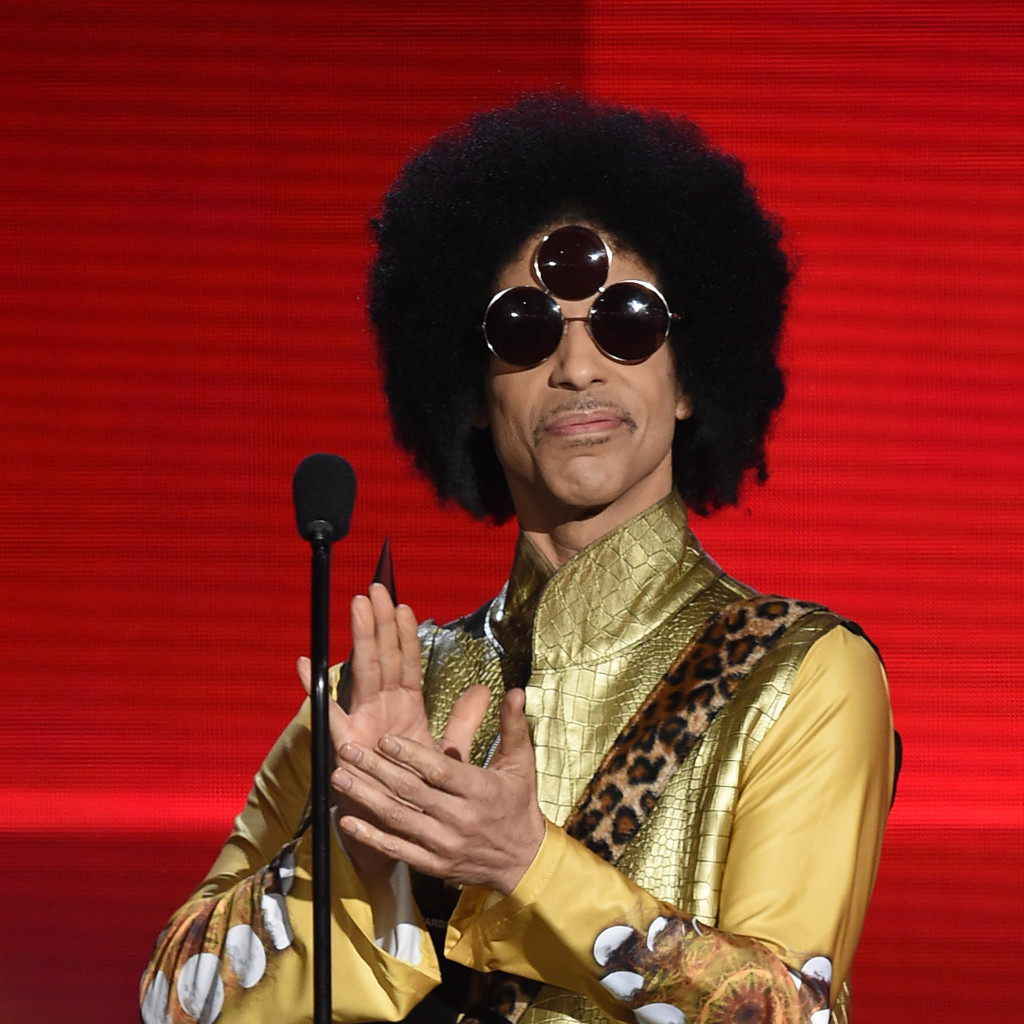 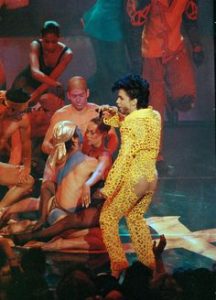 It seems we have to put latex clothing concerns on the back burner right now and consider…wow, 2016 isn’t getting off to a good start where rock stars are concerned! Bowie, Glenn Fry, Dale Griffin drummer of Mott The Hoople, Keith Emerson…and now Prince. This is just too many!

Very much like Bowie, Prince is a musician who influenced fashion in his own personal way and for us, his passing will be particularly felt. He was as much a man known for his music as his alternate styles, styles that quickly became de ri·gueur, as well as outrageous costume design to match his equally outrageous songwriter/producing/and playing,

Take yourself back pre-Kardashian, selfies and downloads. Recall if you will Madonna and her rubber bracelets and Prince in his long jackets, heels and Edwardian gear (or the more-then-naughty Prince prior to his MTV purple reign prancing in tight highs, boots and bikini panties.) The man was a dervish of sexuality and Hendrix-like guitar prowess, seemingly pushing the boundaries of funk and rock, and modern performance and even gender identification. 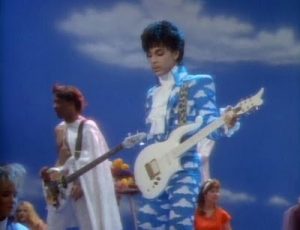 Like all great makers of music fashion Prince’s look was ever evolving (in his massive Paisley Park studio complex he had a full time tailor on the premises making his clothes) and he changed his style with whiplash-like regularity. From that infamous yellow suit with see-thru lace derrière he revealed on an MTV stage, the sky blue cloud suit he wore for his “Raspberry Beret” video (not to mention the Liza Minnelli haircut) those frilly collars, the stockings and hot pants, writing SLAVE across his face during his record company troubles, the chain mail masks, the oh-so-feminine white guitar…like Bowie, this was a man who worked fashion and his lithe frame to full advantage in what he wore.

Prince though did not seem to embody a character like Bowie did, as much as he was a character. Enigmatic, private to a seemingly reclusive degree, champion of music as a pure art form, battler of record company greed, enjoying an ever-changing roster of musicians coming to play with him, studio mogul and a man who had a color all his own, really what can you say about men and woman so talented and unique their like shall never pass our way again?