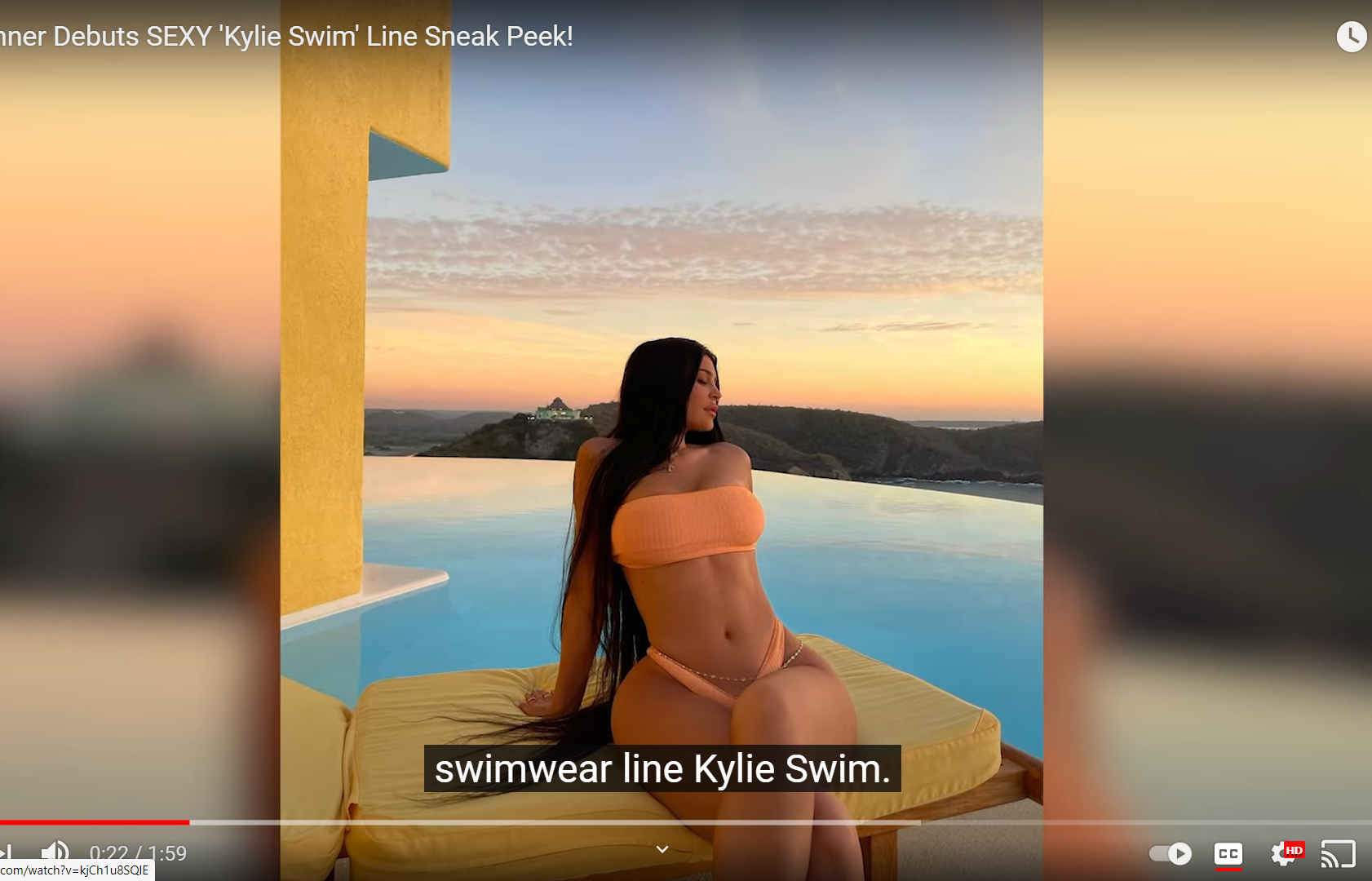 Keeping track of all the delicious latex couture, Kylie Jenner wears during any given week would be a full-time job. We adore her for stepping out in those bodysuits, latex dresses and all those alternate fashion accessories that we all love so much. But as we know, the reality star/model/mogul as much wears a wide variety of wardrobe as she has her hands in lots of enterprises.

This week Kylie confirmed that she is launching a swimwear collection, Kylie Swim, posting shots of some of that collection across Instagram Stories.

As much as she showed seemingly on-the-set Polaroids, Kylie also showcased what might be the official logo for the line. And if what was teased across the net is any indication, the 24-year-old’s swimsuits seem to vary in sunset colors, in both bikinis and one-pieces. In addition, there are sexy high-cut suits as well as cut-outs in the line.

Kylie filed legal papers three months ago to trademark both “Kylie Swim” and “Kylie Swim by Kylie Jenner.” Those papers also indicate that she plans to sell accessories to her swimwear wardrobe, including sunglasses, towels, and footwear. Kylie also announced in May that she was launching a baby brand called “Kylie Baby.”

It was this May filing that first set fans and fashionistas wondering about Kylie’s plans for summer wear.

The account for Kylie’s new brand follows her personal page and her other businesses, Kylie Cosmetics and Kylie Skin. Kylie has yet to expand her empire beyond her other companies, but she seems to be setting her sights to do so. Her Swim page boasted over 370,000 followers a day after she posted the pictures.

There is no date for Kylie Swim’s launch.