Kim Kardashian West Wows With Her Wardrobe On SNL 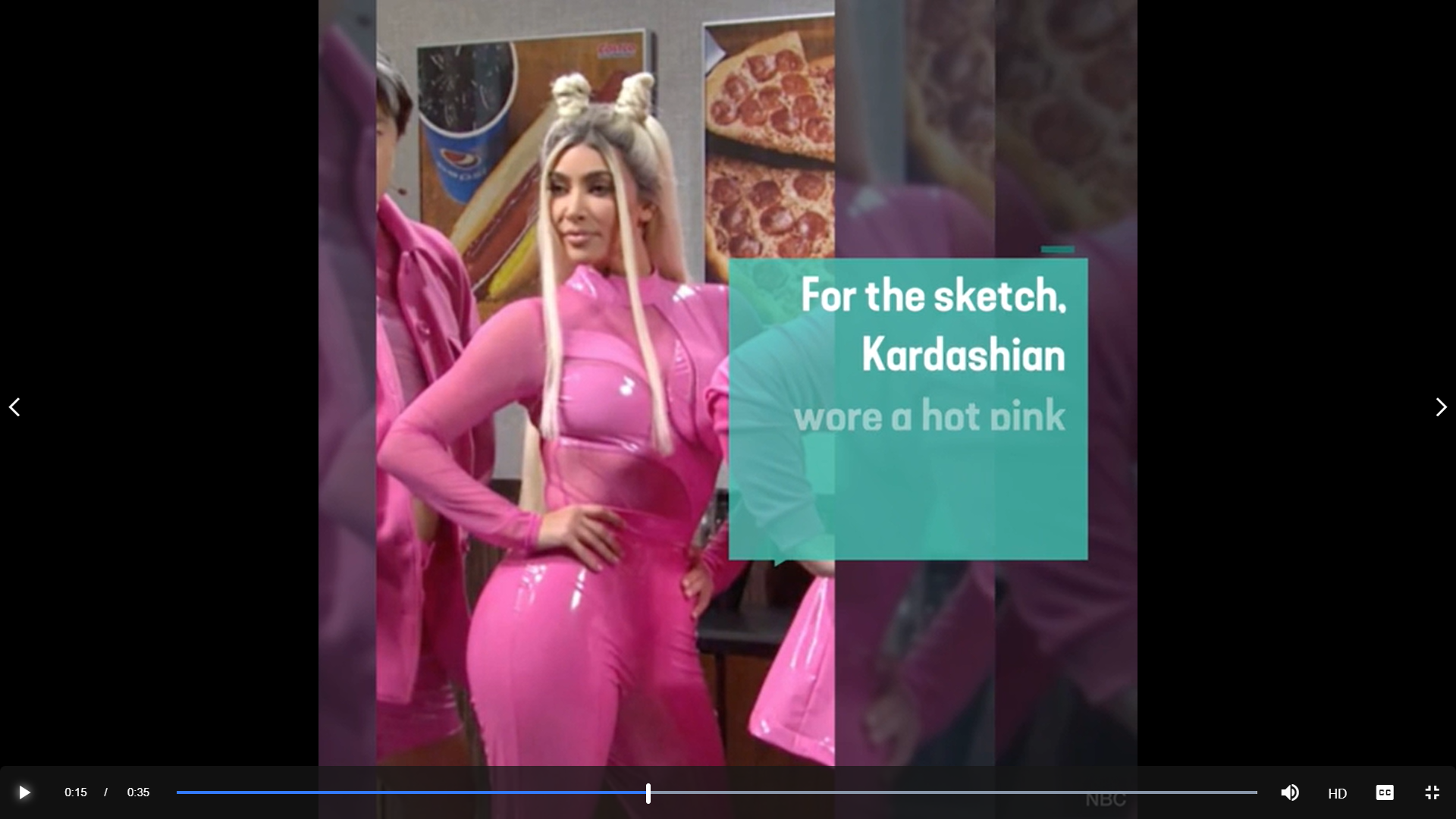 It’s news when a Jenner or a Kardashian wears a latex bodysuit, divorces a spouse, or hosts Saturday Night Live like Kim Kardashian West did this past weekend. It’s also news what Kim wore to the studio, on stage during rehearsals and the show, when she left the studio, and even the wardrobe she wore for an unaired skit.

Yes, this particular lady has the whole world watching and wondering, from “breaking the net” to having fun skewing her famous family during a “The Peoples Kourt” sketch from Saturday night. Both Kris Jenner and Khloé Kardashian made cameos during this skit and throughout the night.

It seems designer Balenciaga was the go-to for Kim, as they have been plenty lately. During the week, when sauntering to and from private cars to the NBC studios for rehearsals, Kim was seen in a black bodysuit from the designer, with a chain dress over it, accessorizing with black latex gloves and stunning Balenciaga’s Knife boots. Then, walking into SNL for the actual show, she wore a long, pink anorak coat by Balenciaga. Finally, when leaving, she wore a spandex catsuit with built-in heels, paired with a shaggy floor-length coat for a slight disco feel.

In between, when she came out for her opening monologue, she wore a skin-tight turtlenecked bodysuit made of fuchsia crushed velvet that covered her from the tips of her fingers to the points of her stilettos. And in an unaired skit, Kim sported the most latex she wore throughout. She appeared as a member of Gen-Z pop group “Glitter Revolution ” in a pink latex bodysuit and matching skin-tight latex pants.

Kim K’s couture is so considered that what she wears in a skit that doesn’t even air makes as much news as what she wore in the show, before and after it!

Estimates are weighing in over what seems to have been a banner viewing night for SNL.