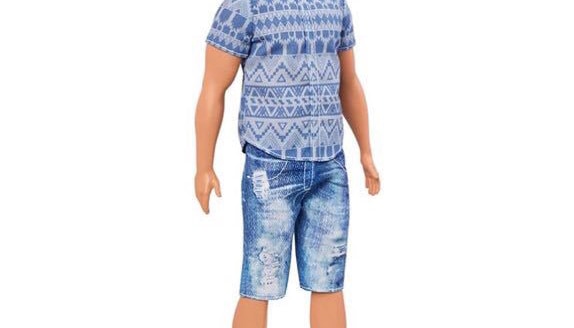 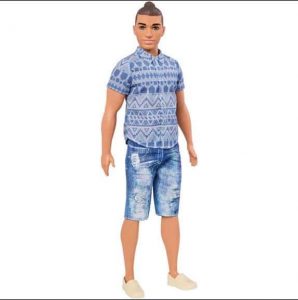 We’re still waiting to see Barbie (or Ken) sporting some latex costumes, still there are some big changes coming from Mattel and what they are presenting in the Barbie Doll universe. Just this week the famous toy maker revealed a whole bunch of new Kens. The new collection features 15 new dolls. They are available in three body types: “slim, broad and original.” And one can buy their Ken in seven different skin tones, pick from nine hairstyles (cornrows and “man buns” included) and have Barbie’s guy dressed in mini haute couture that ranges from casual business attire to hip athletic wear.

The new hairstyles Ken is sporting garnered the most reaction (and very little of it good) across Twitter, Ken’s man bun earning the most derision. Even famous author Steven King weighed in with: Barbie’s bff, Ken, now comes with a man bun or cornrows. You go with your bad self, Kenny.

Barbie P.R. senior vice president and general manager Lisa McKnight, offered: “We are redefining what a Barbie or Ken doll looks like to this generation,” and adding how Ken’s new styling, “…allows girls to further personalize the role they want him to play in Barbie’s world.”

Last year, Mattel featured a Barbie in three new body types and an array of new skin tones and hairstyles.

Ken is part of Mattel’s latest “Fashionistas” line, something the toymaker introduced after a Barbie Doll sales slump the beginning of this year. Two years shy of sixty years in existence, maybe the time is right for all these wardrobe and physical changes Mattel is making, for Barbie as well as Ken. In addition to what Mattel is doing with Ken, this year will see 25 new Barbie’s introduced.

Man bun or not Ken will have to stay on his plastic toes with so many Barbie’s now in his world.