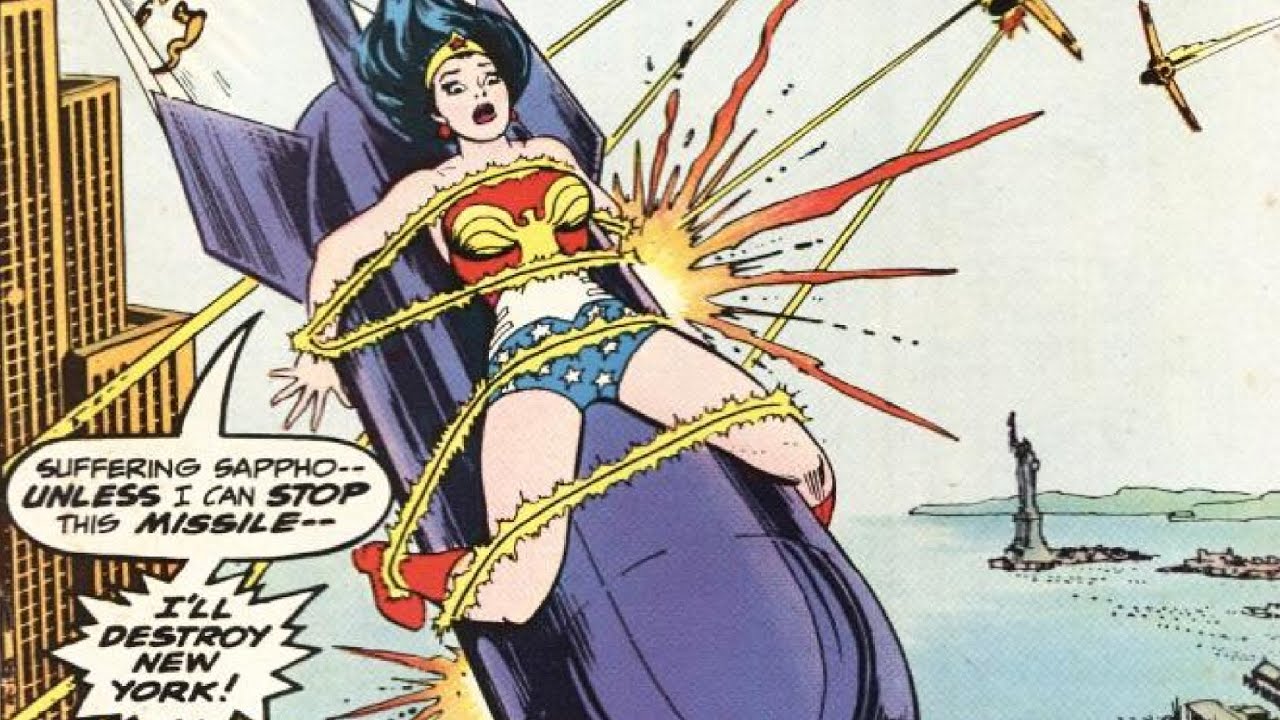 So, you think all the skin-tight latex wardrobes, slightly (sometimes more than slight) sexually alternative references and daring male/female interplay of comic-dom are the purview of guys alone? Well, meet Joye Hummel Murchison Kelly, the first woman to write scripts for the Wonder Woman comic-book franchise.

Nineteen-years-old in March of 1944, Joye Hummel, as the lady was known then, went to work for psychologist/Wonder Woman creator William Moulton Marston. She had met the psychologist when taking his course at the Katharine Gibbs secretarial school and performing so well on his exam, Marston offered Joye a job as a typist on his Wonder Woman staff. Marston’s Amazonian super lady was in high demand by that point, and he was swamped writing scripts for the comic. Joye would soon come to write Wonder Woman scripts for Marston and be paid $50 per script, of which she wrote over seventy anonymously.

Joye enjoyed a three-year run with Marston but stopped writing W.W. just after the professor died of polio in 1947. She married a widower that same year and took to raising the man’s baby daughter and settling into domestic life.

Other than family and friends, the general public was not aware of Joye’s comic contributions until Professor Jill Lepore found the lady while researching her book The Secret History of Wonder Woman. From there, comic-book writer and historian Mark Evanier invited the lady, her name now Joye Hummel Murchison Kelly (Joye had married Jack Kelly in 2000), to San Diego’s Comic-Con in 2018. There Joye accepted the Bill Finger Award for Excellence in Comic Book Writing, Finger being another unrecognized talent. He had been seminal in the creation of Batman.

According to Evanier, Joye’s appearance at Comic-Con, the first time Joye had ever appeared at a comic convention, brought the house down.

Joye Hummel Murchison Kelly died this month on April 5, a day after her 97th birthday.