Getting Intimate Over “Intimate Apparel” 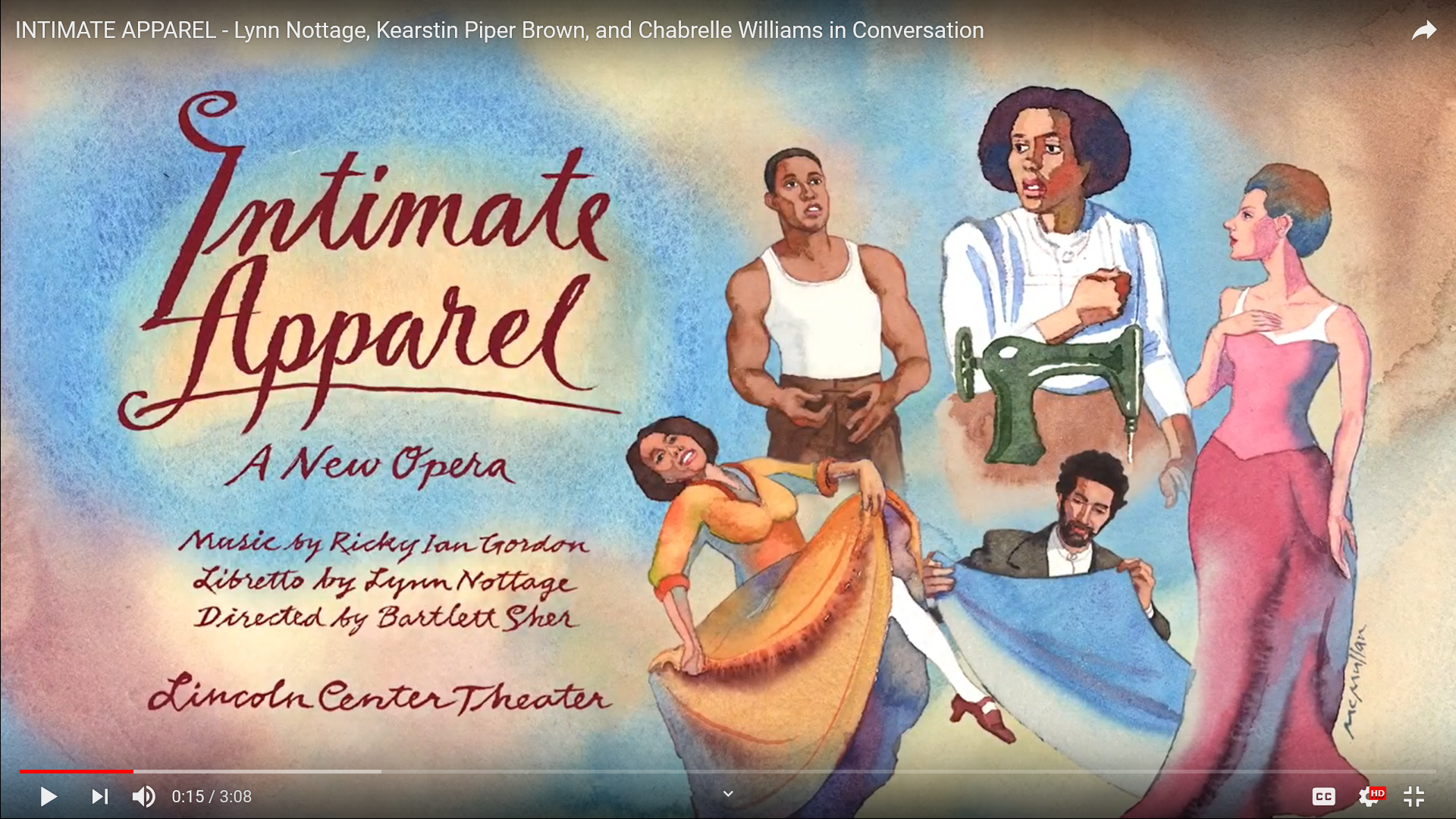 It’s not often when reporting on news about or championing latex apparel that we get to blog about a play. Sure, there have been the odd cosplay musical, and plenty of burlesque performances feature wonderful wardrobe pieces (sometimes they even feature latex couture) but generally we don’t get to gush very often over a theatrical performance. But we can right now reporting on Intimate Apparel, which began its performances last week at the Mitzi E Newhouse Theatre @ Lincoln Center, NYC.

This opera, the first Lincoln Center has produced, is based on the play of the same name by Lynn Nottage. It tells the story of Esther, an African-American seamstress living and working at the beginning of the 20th century in New York City; Esther works sewing corsets and other female lingerie. She enjoys a great affection and attraction for the Orthodox Jewish man who sells her fabrics (and who said love can’t be found in textile art!?), but seeing as this relationship is verboten in the mores of the day, Esther comes to seek a romance elsewhere. Eventually beginning a letter-writing liaison with a man working on the hugely important Panama Canal project of the time, not to give too much of the plot away, Esther and this man marry but there is an uncertain future ahead. She comes to rely on her self-reliance to see her through, as she has all throughout her life.

A self-made woman maintaining her livelihood by creating intimate pieces while trying to surf the vagaries of love at the turn of the last century, expressed with music; this new version of a Nottage’s celebrated play is unique indeed. The score of this new version of Intimate Apparel was written by Ricky Ian Gordon and features just two pianos playing songs that borrow from ragtime, cakewalk and vaudeville influences. The play is directed by Bartlett Sher.

You can grab tickets here.