How Debbie Reynolds Saved Our Costume Loving A** 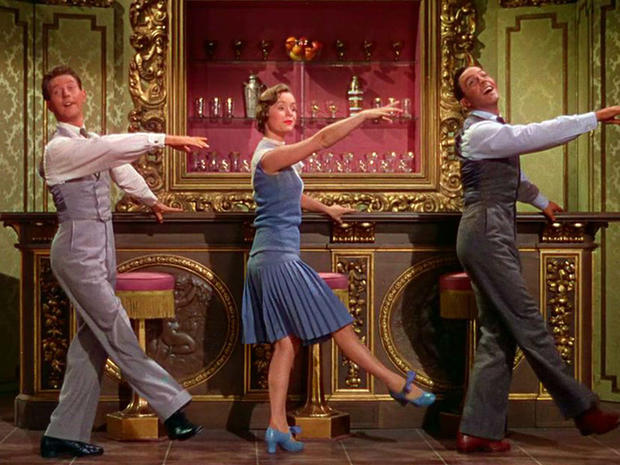 She might not have had any latex costumes in her collection, but when 84-year old Debbie Reynold’s died last week her considerable love of Hollywood frockery was a fact not be ignored.

The actress known for movies like Singin’ in the Rain, The Affairs of Dobie Gillis, and The Unsinkable Molly Brown (to name just a few of her earlier films) began her collection of props and movie wardrobe pieces and full outfits in 1970. MGM planned to sell their vast collection of old costumes and props and Carrie Fisher’s mom showed up at the auction and bought up every costume that meant something to her personally. She later did the same when Fox and Paramount held similar auctions.

Amassing a collection of more than 5,000 items from clothes to cameras to props, at one time Reynold’s owned Marilyn Monroe’s white halter dress from 1955’s “The Seven Year Itch” (yes the very one she tries to keep down standing on that subway grate) and Charlie Chaplin’s Tramps’ bowler hat. Reynold’s even bought the Paddlewheel Hotel in Las Vegas with her then husband, Richard Hamlett (her 3rd), in the 1980s, where she created both a hotel and museum (stacked to the walls actually) showing off her cinema wardrobe collection. Finally, Reynolds sold most of the museum exhibit to make sure her children and she were financially secure for their future.

Surely Debbie Reynold’s was a grand dame of Hollywood. And her tragic death only two days after her daughter’s last week (seemingly from a broken heart), cuts us all to the quick. But the lady should also be recognized for reaching out and collecting all those outfits and props movie fans held dear. One can only imagine where so much of that filmdom history could have ended up or if we’d have ever seen it again.