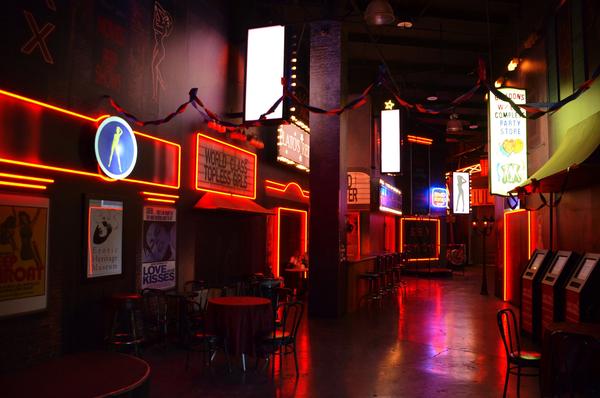 First there is a collection of “claimed” Gennifer Flowers undies in their American Sex Scandals exhibit. Included here is President Clinton’s mistress’ pantyhose sets, thigh highs, floggers and hand cuffs, a leather vest, garters, corsets (there’s probably some latex and leather in there!) Then there is another exhibit of supposed intimate wear from Carrie Royale, mistress of Prince Harry in the Sex and the Aristocracy and lastly, a huge Sex In The Third Reich exhibit exposing the hypocrisy of Hitler and the Nazi cult through their sexual biographies and WWII paraphernalia (any exhibit that skewers Hitler’s sick regime is a good thing, we feel.) “The Sex In The Third Reich” also features authenticated Eva Braun lingerie.

Lots of heady stuff to be sure, all explored through a panty or two. Go here to learn more.