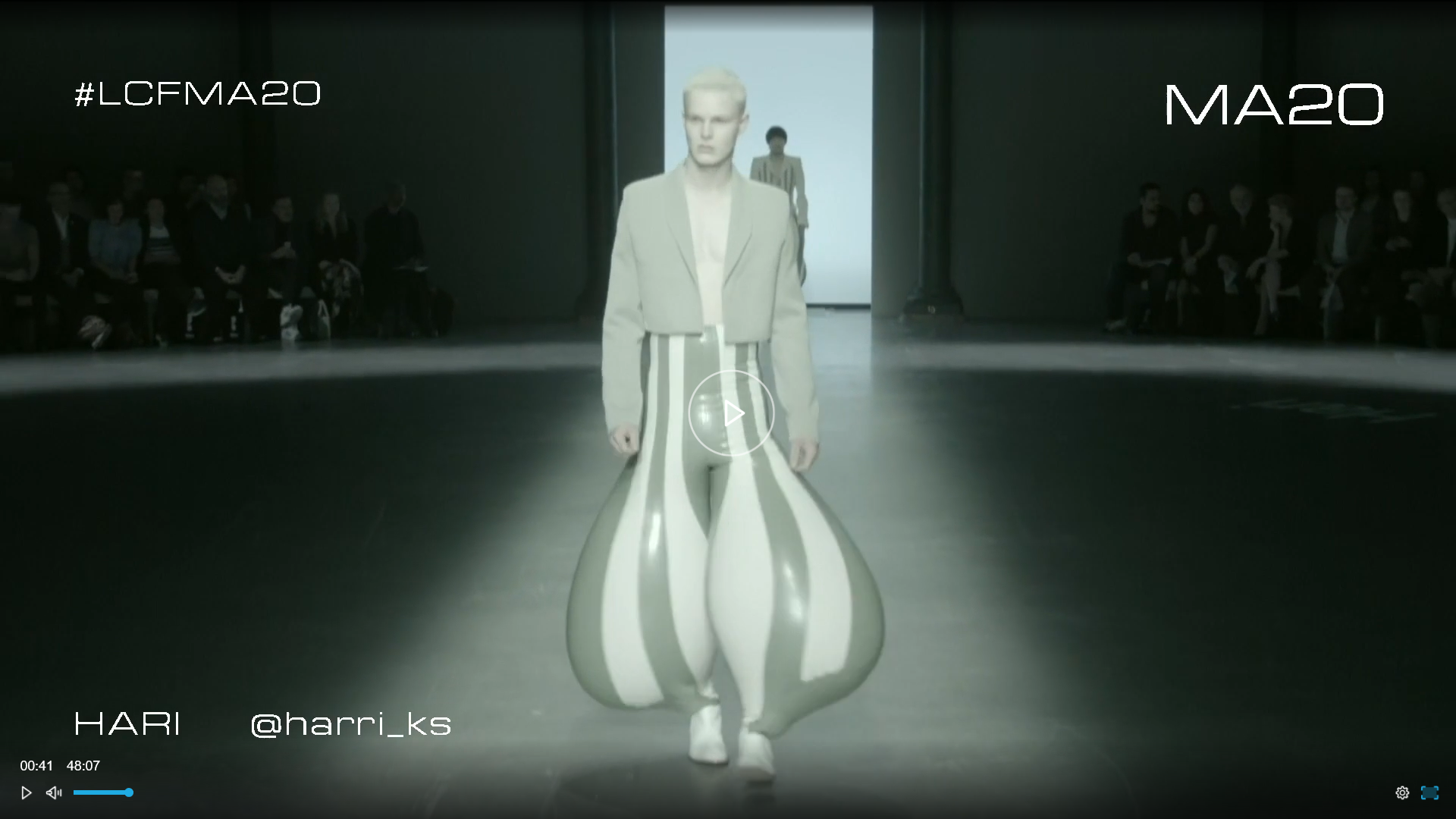 Even if you only stop by our website from time to time, I’m sure you are familiar with our dedication to latex trouser design (as well as so many other latex wardrobe pieces). Designer Harikrishnan seems to have a penchant for trousers made of our most favorite material, but for the London College Of Fashion’s recent post-graduate MA20 Catwalk Show he created trousers that distinguished themselves beyond that wonderful material we all so love.

Harikrishnan added a seven-millimeter-wide inflation valve at the bottom of his pants, making for quite the unusual distortion. Pairing the super-wide latex trousers with tightly fitted cropped jackets and beaded vests, his models were even more distinctive from the waist down. Those beaded vests and other tops were created by artisans from Channapatna, India, where Harikrishnan lived for a month, working closely there with the country’s craftsmen.

Harikrishna’s inflatable latex trousers were presented on February 13th, alongside the collections of nearly twenty other LCF postgrads, from both the school’s Womenswear and Menswear courses. The show, marking the 20th anniversary of these post-graduate courses was held at London’s historic Roundhouse, a place that in its half-century has seen a whole host of notable music, theater and other performances presented between its round walls (the place was originally a railway engine repair shed). Iconic musical acts from Black Sabbath to The Rolling Stones, David Bowie, and Pink Floyd are just the few who played the place back in the day. While the legendary (and shocking for its time) Oh! Calcutta called the Roundhouse home. Dame Helen Mirren even appeared there in the early ’80s in a run of The Duchess of Malfi.

We always celebrate (and always try to report on) anyone doing something cool and innovative with latex. Congratulations to Harikrishnan, his postgraduate future looks bright indeed.