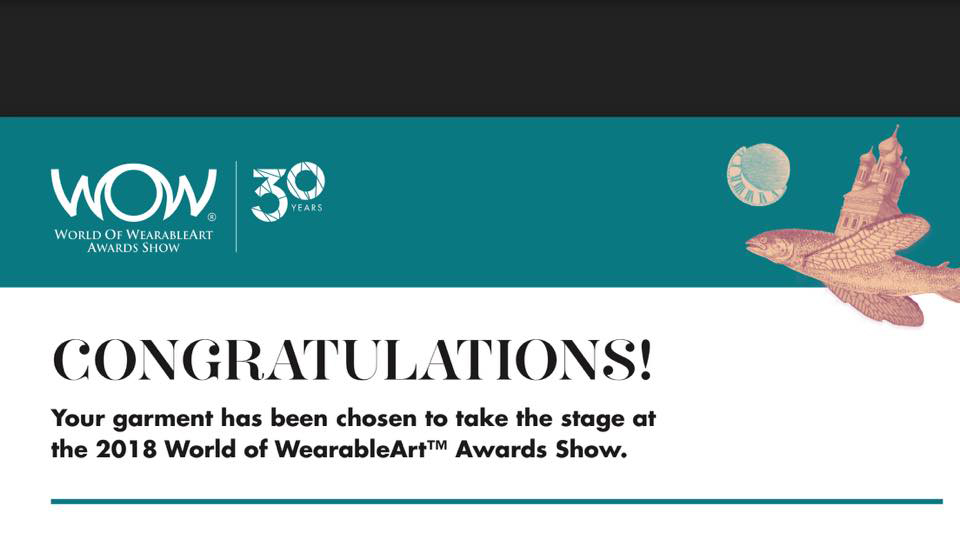 It seems we can once again say WOW for our latex couture.

We just received word that two Dawnamatrix outfits have been picked to be finalists at the 2018 World of WearableArtT Awards. This marks the second year in a row that we have participated in this global event and also the second time we have made the final nominations. Both out “Foreign Bodies” outfit has been selected to appear on stage in the WOW Awards Show as our “Lady Ethereal” garment.

Ben and I are thrilled, to say the least.

As you have read here before, but bears repeating, the World of WearableArt (WOW) is the world’s leading “wearable art design competition.” Held in New Zealand (an amazing country to get out and see, as we blogged about last year) this 2018 WOW marks the event’s 30th year. The 2017 show alone featured 104 finalist garments by 122 designers from 13 countries, and this year will prove even bigger and better to be sure.

The actual competition fuels a spectacular stage show, it has actually become New Zealand’s single largest annual theatrical production…with more than 60,000 attending the show, that this year runs from September 27th until October, 14th.  In addition to what happens on stage, WOW also has their “National WOW Museum” in Nelson, where the winning garments are shown in a museum exhibition. There is also WOW’s International Traveling Exhibition. This presentation stops at a wide variety of cities, presenting “the best of WOW’s creativity to the world.” 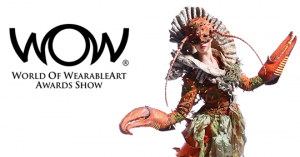 We finalists compete for awards across six specific sections, three recurrent sections; Aotearoa, Open and Avant-garde and then three specific to this year; Reflective Surfaces, Under the Microscope and Bizarre Bra.

We can’t post images of the finalist garments until they’re on stage at the WOW Awards on September 28th, but peppered across this blog is some general promo images for the event. Find more info on WOW here:

We will, of course, keep you updated on the competition results.