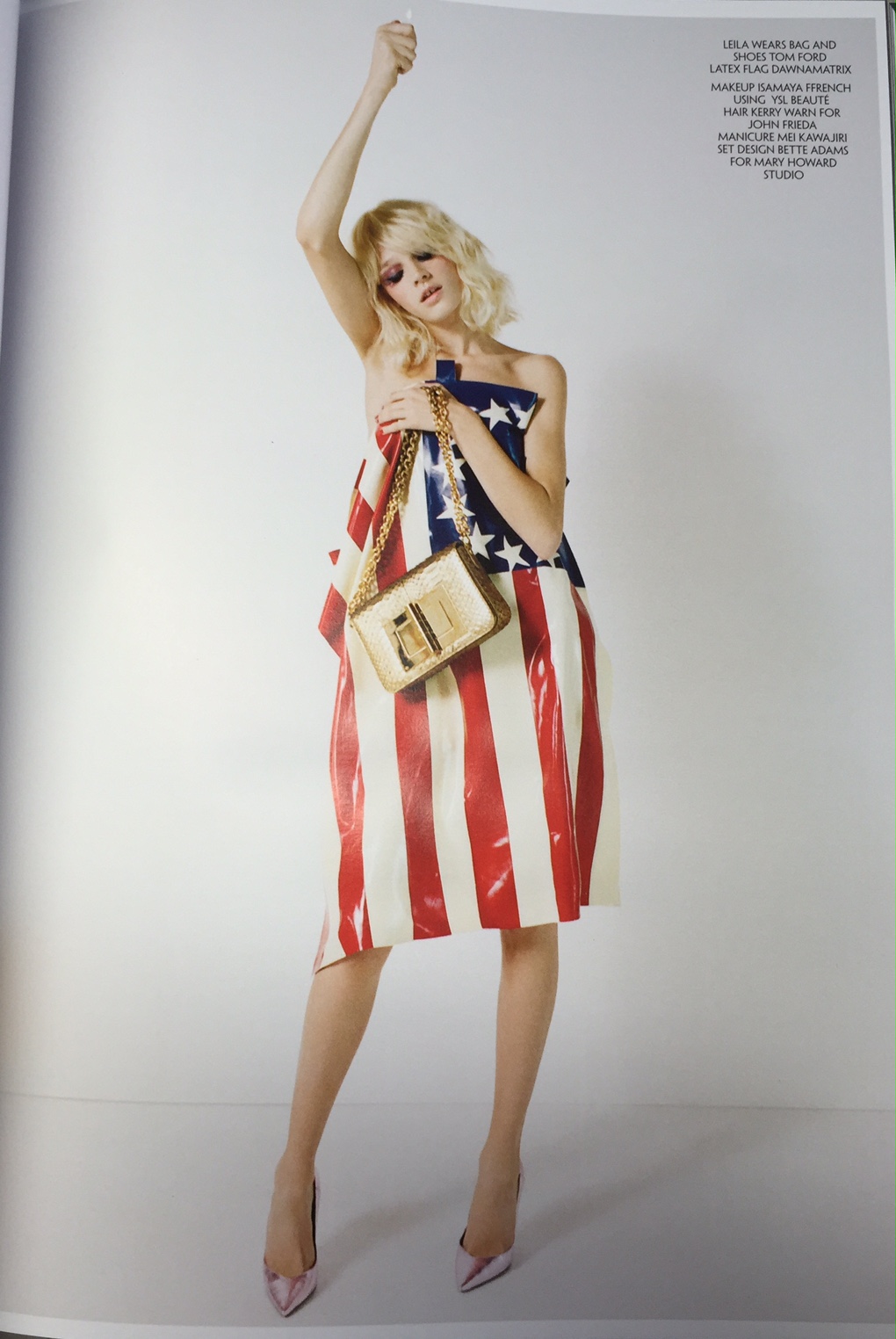 This week we are pleased as punch to celebrate one of our latex accessories being featured in CR Fashion Book #8. For those who may not know, CR was founded by Vogue Paris editor-in-chief Carine Roitfeld in 2012. A fashion writer and model, who left her post at Vogue Paris in 2010, we are certainly honored that such an haute couture luminary would include us in this new issue of her magazine….and in representing America…with latex!

The theme of this particular issue of CR is “Made in America,” which Dawnamatrix clothing certainly is. Yes, we enjoy a global reputation we work very hard to maintain, but we have always been proud that our latex production comes from the U.S.  Selling our latex clothing around the world, participating in runway shows and fetish events across many continents, culling fans and friends from the four corners and enjoying a good relationship with many other latex designers world wide, even living and studying in Japan as we have, we have always considered ourselves citizens of the world. But born in American, working here, certainly identifying as an American designer, we are as proud to be recognized for what we make, as from where we make it.

The Made in America photo essay in CR certainly celebrates our American roots and all things USA.

The image in CR (seen to the side here) features our latex colonial flag in the editorial ‘All Stars’: where a “new class of top girls wears the American classics.” It’s a startling image we feel that, as the magazine says welcomes one “to the land of the free–and the home of the beautiful.”