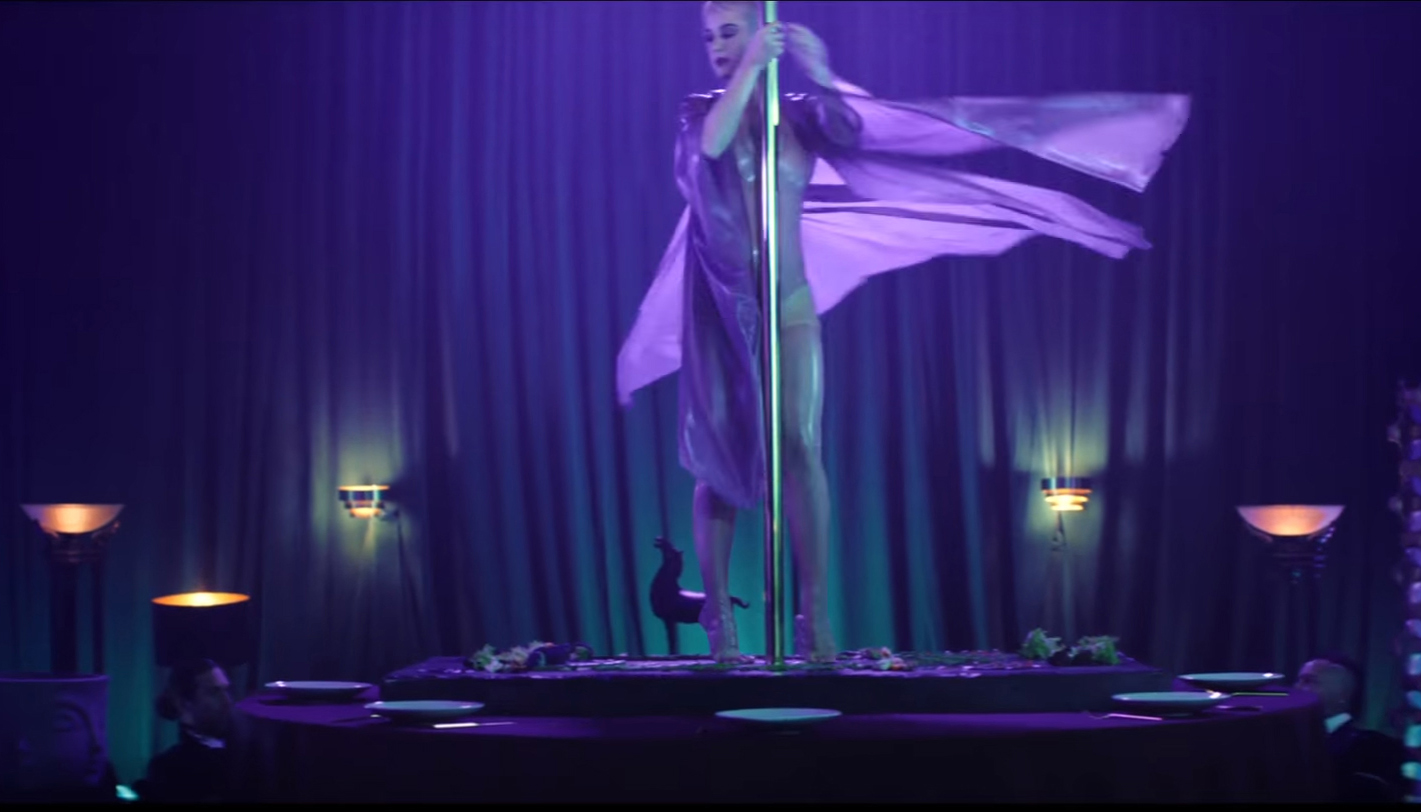 You might not think there is a connection between latex clothing and a full course meal, but Katy Perry sure does. In her new video “Bon Appétit” -the second single off of the pop diva’s upcoming 4th studio album-Katy not only wears latex fashion, she wears some Dawnamatrix latex couture!

We were contacted by the stylist team of Rob Zangardi & Mariel Haenn (see this Hollywood Reporter article on this wildly creative duo: https://www.hollywoodreporter.com/style/top-25-stylists-2015/rob-zangardi-mariel-haenn/) for this video shoot begun a few weeks back. You can see our pieces so creatively used in the new ‘yummy’ clip, in two specific instances: Katy wears our Lux Bra and High Waisted Panty as she sings and cavorts in a stew, and when she stands up near the end of the clip one of our custom-made kimonos unfurls around her.

In the Dent De Cuir-directed video, which is already getting lots of attention, Katy is tossed into flour, massaged, and kneaded by chefs who pull her this way and that. She is then wheeled into a kitchen, veggies dribbled down her front, sporting long straw blonde hair. She then comes to sit in the aforementioned Jacuzzi-like stew, singing while being basted and showing off our bra and panty. Kogi restaurateur Roy Choimake attends her lovingly a little time later, even managing to cut off her braid making room for her new shorter ‘do. The trio of Migos rappers make a guest appearance in a VIP section later, waiting for what seems to be a Katy meal, laid out as she is center stage. But the diners get quite the surprise, as Katy stands up to a silver pole, revealing our kimono down her luscious frame and then she sits down to a meal none of us expected.

This is not the first time that Dawnamatrix has made some Katy Perry latex (see here), but this is the first time we have had the pleasure of outfitting the singer/songwriter in one of her videos.