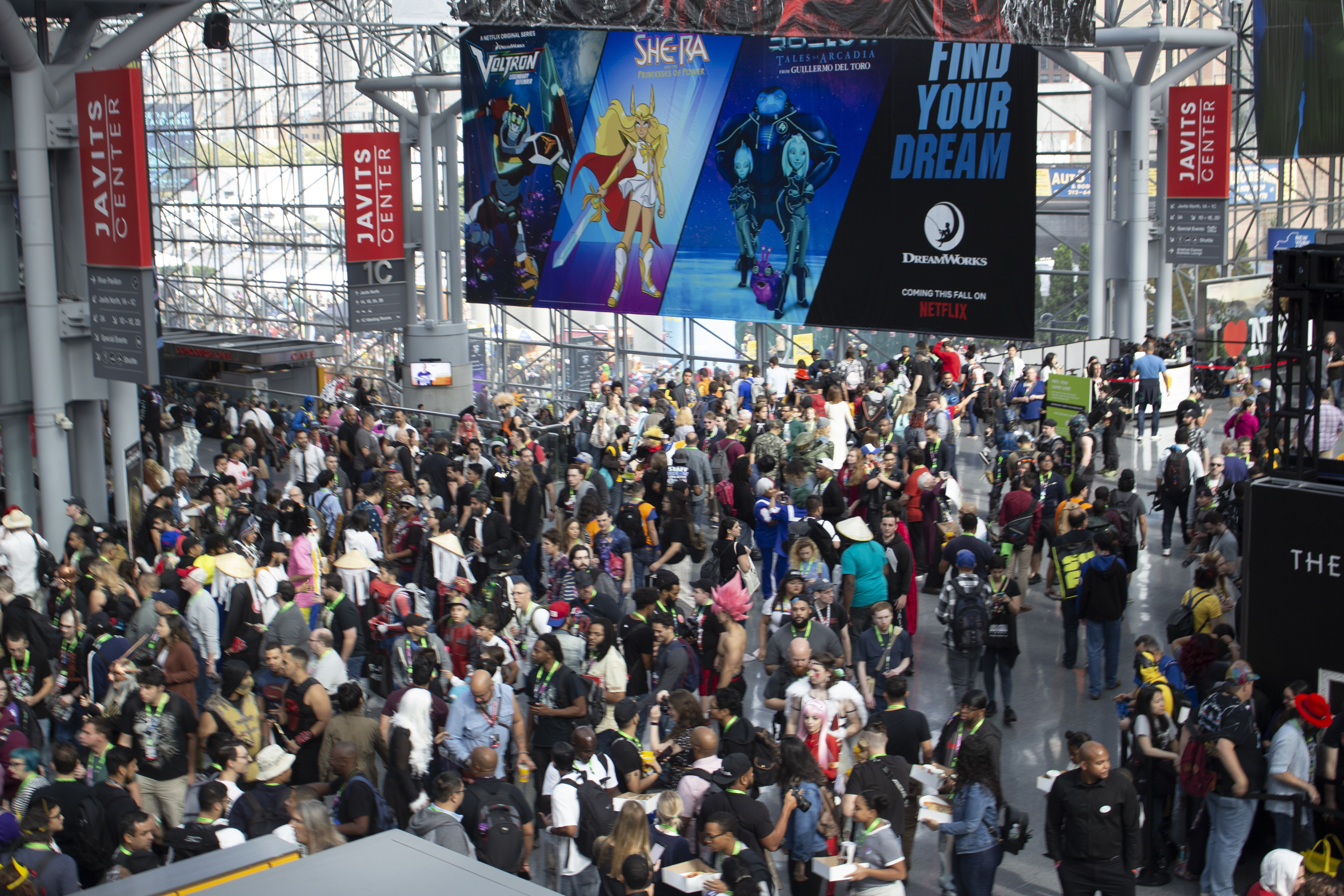 Latex wardrobe accessories, steampunk hats, wild wigs and spandex, spandex, spandex; welcome to Comic-Con NYC 2018. Supposedly this east coast version of the famous anime/science fiction/fantasy/cosplay/comic convention sees even a bigger attendance than the original San Diego version. That accounting might very well be true with all we saw walk below Aquaman’s banner over the weekend.

No doubt influenced by recent cultural events, one couldn’t help but notice the “Cosplay Is Not Consent” banners sitting at various spots in the massive Jacob Javits lobby. Still, men and women, young and old, were dressed for the occasion, as multiple Wonder Women, Deadpools and Harley Quinns passed by. And proud as they were of their costumes, as much as what they were showing popping out of those costumes (men and women both), the dressed posed for pictures at every turn for a crowd rabid to take those shots or shoot a few minutes of video.

Comic and fantasy book publishers littered the ‘main’ floor, with vendors (a lot of NYC-based comic sellers) around the perimeter. Downstairs was “Artists Alley” (we will explore that area as well as specific cosplayers like Yaha Han in Part 2 of our coverage). Also set up were massive areas, more like little free-standing buildings, promoting big walk-in experiences for shows to be airing soon on Hulu, Netflix and Amazon Prime. One of the most popular of these, Good Omens, (airing on Amazon Prime) had a massive space on the floor for interactive fun as well as a panel off site featuring cast members David Tennant, Michael Sheen and others. Author Neil Gaiman was as much on hand for that panel as stopping by at the booth at the Javits to thrill fans.

Other premiers and panels off site included an hour for Family Guy and show Gotham, as show Dawnamatrix contributed latex tube socks accessories to a few seasons back.

The massively popular FUNKO toys had their own walk-in booth, which you actually had to wait on line for. They also had a pop-up store a few blocks away in Times Square. Lots of companies grabbed pop up space for this convention, in fact, making exploring fun. And one could avail themselves of any number of food truck possibilities at the Javitz as well as a few blocks away.

Digital seems to be the word on most producer’s minds, be they movie companies or comic content producers and distributors. One, the Izneo company, came all the way from France to show their new interface and all they are into with releasing digital-only comic content…pretty amazing stuff actually.

As mentioned, we will get cosplay specific on part 2 of our NYCC 2018 coverage. But for this first blog, we can say, things were crazy fun in The Big Apple last weekend. 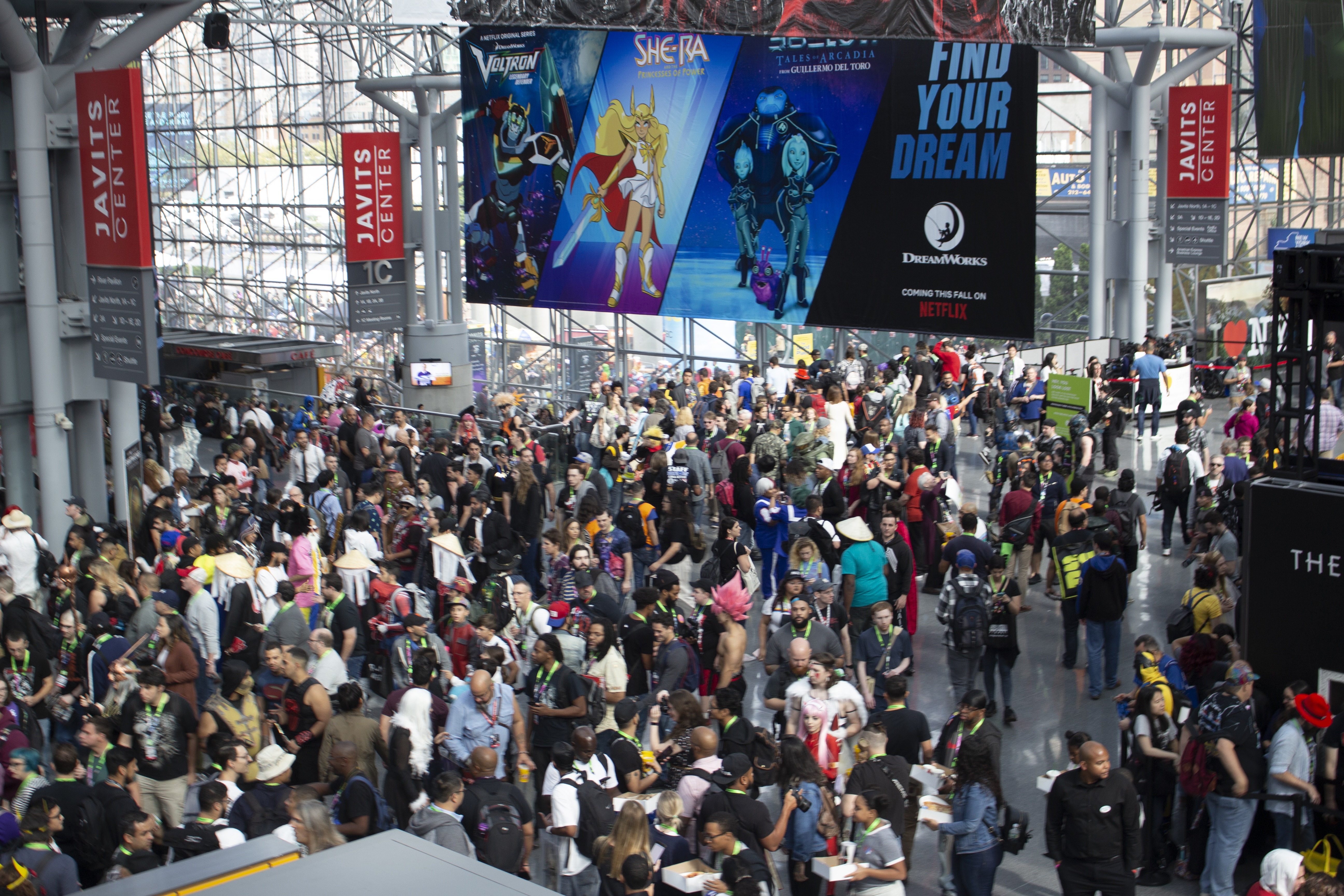