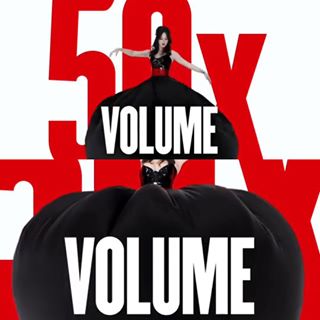 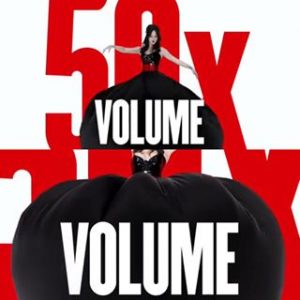 Ok, so we didn’t exactly make it to the stage, nor were any of our latex outfits dripping off any of the divas of the day on the red carpet runway pre-show. Yes, we would have loved to have accessorized Z LaLa’s whip dress or added some David Bowie-inspired latex bling for Lady Gaga’s tribute. But where our couture was seen Monday night is probably just as important as being on the actual Grammy broadcast, at least when it comes to advertising dollars. It seems a newer Covergirl “Plumpify Mascara” 60 second spot, starring Katy Perry wearing our Skater Dress and inflatable skirt, was shown during Monday night’s music celebration commercials.

Yes, we’ve been on and on about the Katy Perry latex appearing in this commercial.  And not that we haven’t clothed this particular lady pop star before, haven’t had our fantasy costumes adorn other pop divas like Pink or stars’ entourages, as we did with Beyoncé’s dancers. But less you ever think us jaded-and we never would be-to see these latex dresses once again, in what seems to be some different shots in this new commercial, is a thrill.

Yes, stuff like this wardrobe placement could work wonders for Dawnamatrix business in a way a runway event never could (though both are equally important,just different). Still, we are thrilled beyond just the cold hard dollars and cents of what this all could mean. It’s simply a “Gas Gas Gas” (to quote an iconic rock band who only ever won two Grammy awards) to see our stuff represented in such a sumptuously shot commercial, during a broadcast so many folks were watching.

Again, we thank stylist Andrew Richardson for picking us to dress Katy Perry, Covergirl for including us and Miss Perry for wearing our clothes so well. It really is so good to Plumpify.