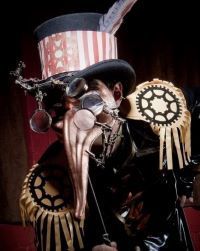 From runway, photo shoot, magazine spread or video, we love doing our part to keep latex couture and all things alternative in our culture, alive. It just came to our attention that C4 Magazine has launched its Crowdfunding Campaign, in conjunction with their first issue, slated for release in July. This print and digital magazine, centered around the various good stuff of today’s fast and furious world, will be made up of four parts; Conventions, Cosplay, Collectibles, and Culture. This approach for the powers-that-be here is to provide “a one-stop shop for all your fandoms.”
The magazine will include “fully transcribed convention panels,” original fiction, opinion pieces, onsite coverage from music festivals, reviews. It’s the mixing of all this stuff, pretty much anything that falls under the umbrella of geek-speak, ‘nerd culture,’ fandom, anime and comics that makes C4 unique. Plenty of publications, online and print both, have tried tackling one of a few of these areas, but C4 boasts that they will get all of the above in…and more.
C4’s Editor-in-Chief Alan Scholting, claims that his staff will be “…working with some of the most revered and respected contributors in the business. And that they “…have we’ve spent years curating relationships across all platforms of entertainment to ensure something special now that we’re ready to breathe life into this project.” Art Director Rachael Havey, adds, that “What separates C4 Magazine from the pack, is that each and everyone one of us on this team is not only an industry professional, we’re fans as well.” 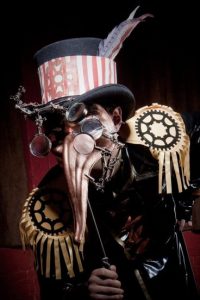 C4’s existence was announced last week at the Chicago Comics and Entertainment Expo (C2E2), and the actual publishing of the first issue is to be timed with Comic-Con International’s 50th Anniversary.
To contribute to C4’s Kickstarter or to just check out the magazine, go here.