Behind the Scenes of Katy Perry’s “Bon Appétit” Music Video 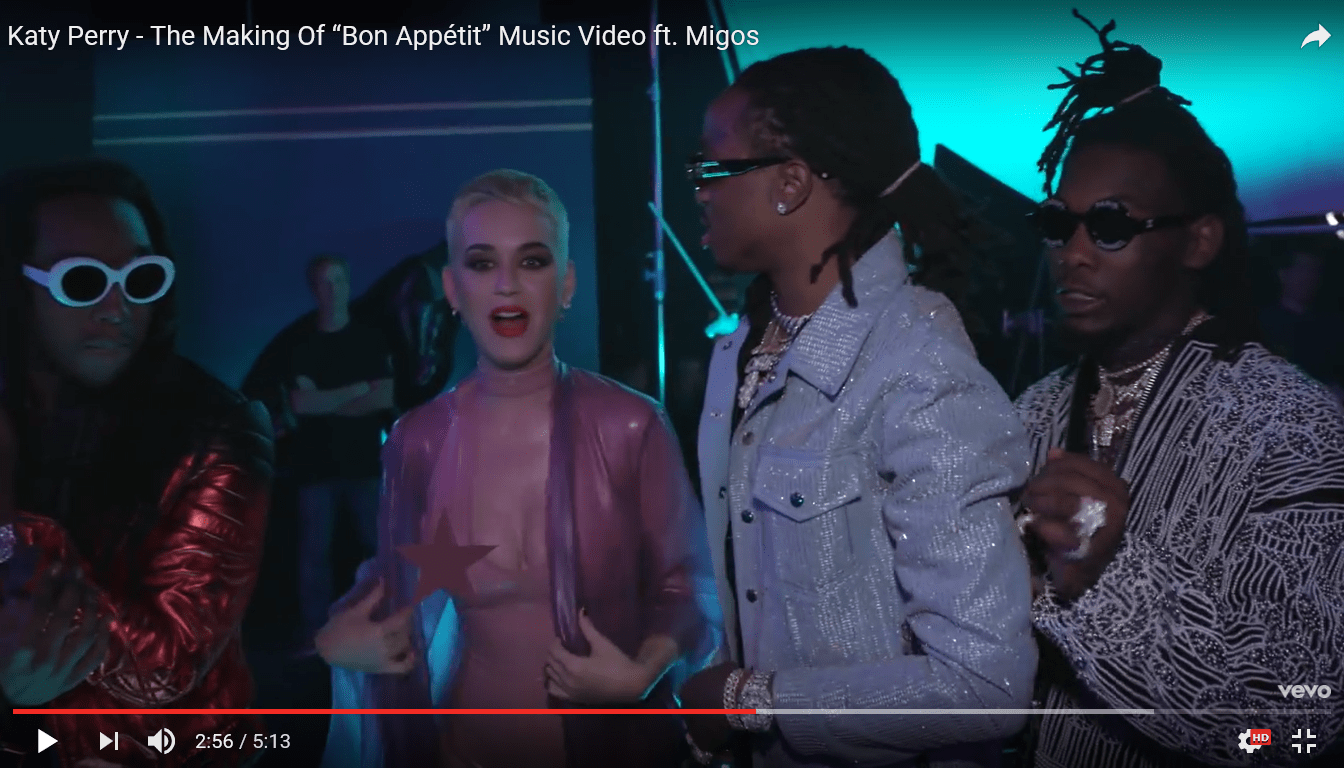 Imagine your job is following Katy Perry around in her transparent Dawnamatrix latex clothing and rending computer-generate stars to cover her nipples? Really, it’s going to be hard accurately describing your job on a yearly tax form. But if you take a gander across this just released behind-the-scenes video from K.P.’s “Bon Appétit” video (which we did supply couture for, see the story here) you will see as much those stars…as every amazing bit of stuff that goes on behind a modern music video production for a star like Katy Perry.

We as much have no idea what-if anything at all-of our ordered wardrobe pieces a production might use, as what really goes into making a video like this. But from what looked like quite the well-staffed kitchen (see the picture of food stylist Joanna Holbeck and celebrity chef Roy Choimake below), to the painstaking set-ups for moments on film that last mere seconds, to simply all those crew members, doing one specific job each, for the duration of the shoot, seeing this all brings one a new appreciation for what goes on.

What’s impossible to ignore on this video is just how Katy Perry is ‘used.’ As much as delighting in seeing her in our haute couture for long periods of time (see the shot of her in the soup showing off our Lux Bra, stars included) and without edits, what this particular video shows is that, for the most part, in the case of the shoot, pop diva pretty much provides a body and face for directors, dressers and other characters in the video work around. Indeed standing around or joking with her guest stars Migos or other crew members, Ms. Perry is letting it ‘all hang out’ (though nothing is ever hanging on her) as much in our kimono, as with her seeming affability.

From getting the call from stylist team stylist team Rob Zangardi & Mariel Haenn to provide a latex kimono, our Lux Bra and High Waisted Panty (and other stuff not used in the video) to the actual thrill of seeing what Dawnamatrix clothing was indeed used to now enjoying this nuts-and-bolts little peek, Bon Appétit has been quite the scrumptious meal for us.