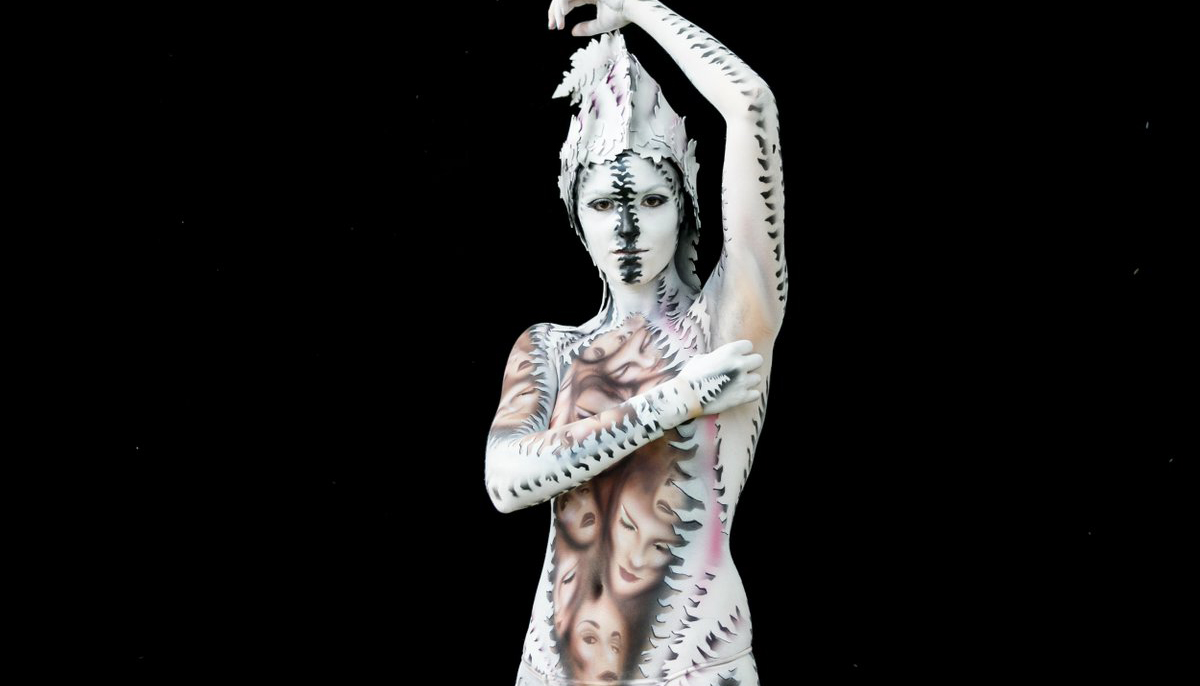 Not that a latex skirt (link to: (https://dawnamatrix.com/shop/collections/basics/cheeky-skirt/) would garner front-and-center attention here, but to be sure at the 20th Bodypainting Festival (link to: https://bodypainting-festival.com/en/) in Klagenfurt, Austria there was more than just bare painted bodies on display. Anything from faux horse tails, disco balls and fish bowls were employed by 60 artists and designers from across the globe who showed up to participate in the 3-day event of this alternative fashion exhibition.

More than thirty thousand people turned up to gawk and applaud the models and artists competing across categories like brush, sponge and special effects. Once again participants used their bodies as canvases for colors, prosthetic and accessories one couldn’t image in their wildest dreams. Erring more to the fantasy/science-fiction end of things than the fetish or sexy even, mostly what was ‘added’ to the painted bodies here were elaborate headpieces. As much sporting the aforementioned horse tail or fishbowls, designers seem to go ‘up’ more than out when it came to adding to their bare ‘costume designs.’ Though decidedly one participant stood attached to heart-shaped red and white wings. 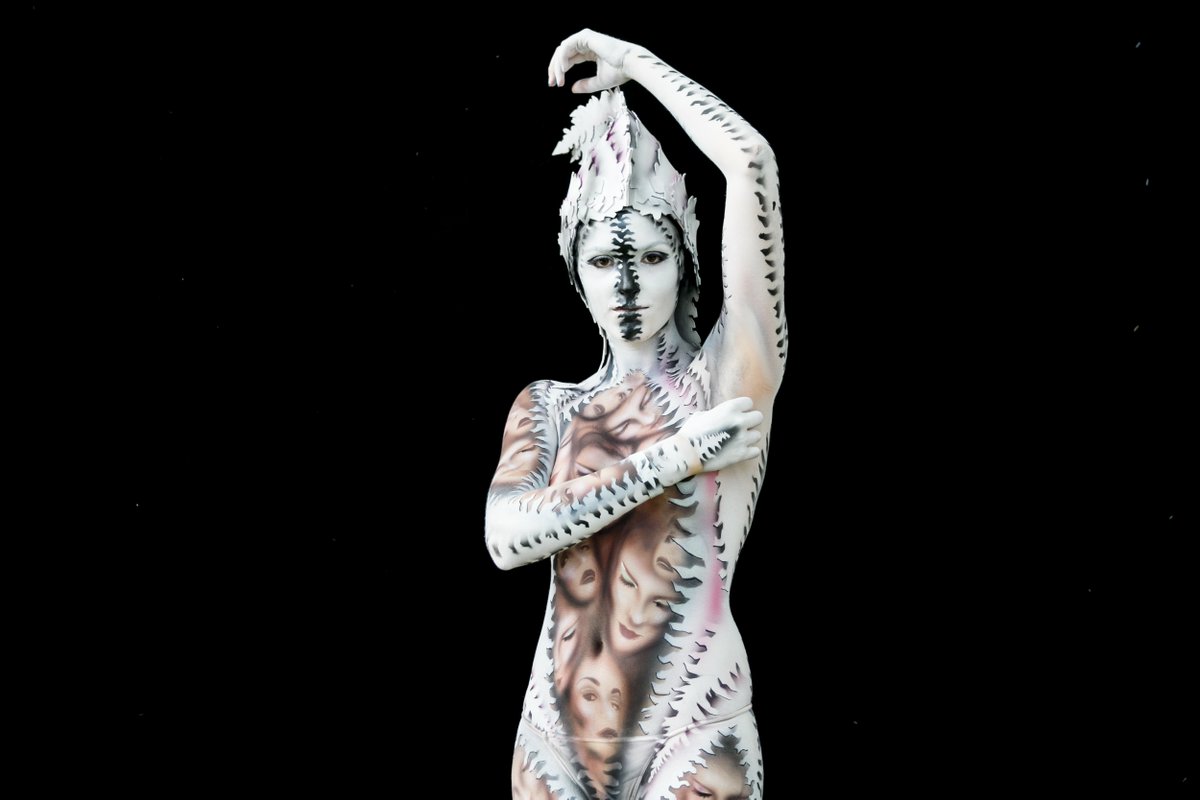 The Bodypainting Festival is more than just a competition to pick world champions in the various categories. Featuring the tagline of “Art/Music/Emotions,” during the three days in this city located on the eastern shore of Lake Wörthersee parties (the “Bodies & Beats” get together) and performances commenced. Alvaro Soler, Ragga Twins, Stefan Thaler, Onuka, a poetry slam, zombie walk, a fine art exhibition and a show and tell in what was called “the world’s smallest theatre” were featured.

A day was set aside for shopping as well.

Attendees found lots of color at the 20th Bodypainting Festival, as much as on participant’s bodies as in all the interests addressed. 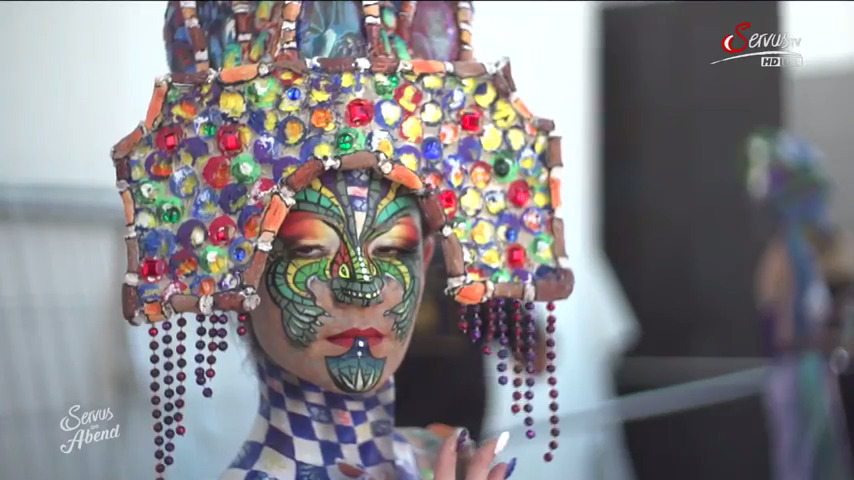