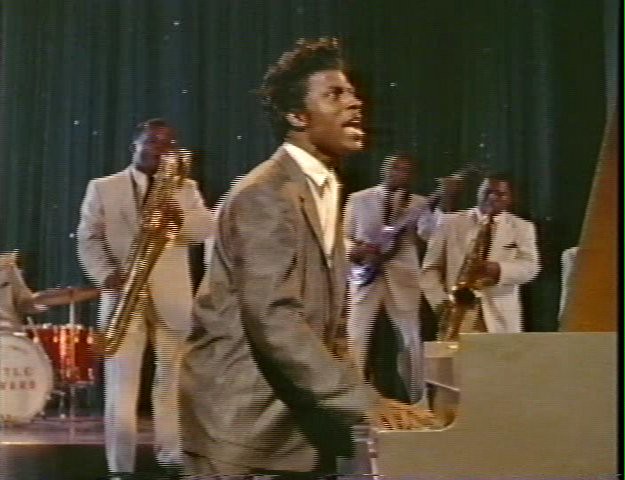 We all know what a sexy latex top, a loud sound system and colossal video
screen can bring to modern music performance. But without attitude, a
singer/performer/modern-day diva (man or woman) is sunk. Lady Gaga, Bruno
Mars, and so many others would be lost without their particular joie de vivre, no
matter what they are wearing or how well they play an instrument. The star who
had it all, from his attitude to his clothes, his playing, and performing was Little
Richard, who died this week at the age of 87.
Born Richard Wayne Penniman in Macon Georgia, in 1932, Little Richard
attended a Pentecostal Church, which would come to influence his life and career
in multiple ways (he learned how to play the piano attending church). Kicked out
of the house in his early teens by a father who considered him too effeminate,
Richard’s self-taught piano tickling, served him well in the bands he was playing in
at around the same time. It wasn’t until 1955 and his hit “Tutti Frutti” when he
began to make a name for himself as a musician, and rock and roll history was set
The seminal rock and roll film “The Girl Can’t Help It,” starring Jane Mansfield
brought Richard (as well as Gene Vincent and Eddie Cochran) to a larger
audience’s notice. John Lennon saw this movie in Liverpool in the summer of 1957
siting as one of his sure influences. Even Pat Boone’s white-washed (in more way
than one) version of “Tutti Frutti” saw teens of the day seeking out the original.
Claiming that he was the real “architect of rock and roll,” Richard explained in
many interviews that record companies at the time were, “afraid of white girls
screaming over black boys.”
But Little Richard was never to be denied.

By the late 50’s Richard semi-retired from music, went to bible school and became
a preacher. From that point forward he would vacillate between working for his
faith and playing his hits, making appearances on stage, on T.V. and behind the
pulpit as the mood struck.
It would be difficult paying tribute to Little Richard without at least mentioning his
wardrobe and style. Certainly, a man who ‘made the clothes’ and not the other way
around, during his many decades in the public eye audiences would see the man in
many a wild stage costume. From capes to wide-leg trousers, jumpsuits,
headbands, wigs and kaftans—and forever sporting some sky-high coiffed hair and
his signature pencil-thin mustache, and make-up—here was an early rock
performer as much a musician as fashion icon. It’s hard to imagine a Prince, Jimi
Hendrix (who actually played in Little Richard’s band in the mid-60’s) Elton John
or hundreds of other modern music luminaries without this man’s influence.
Little Richard will surely be missed.