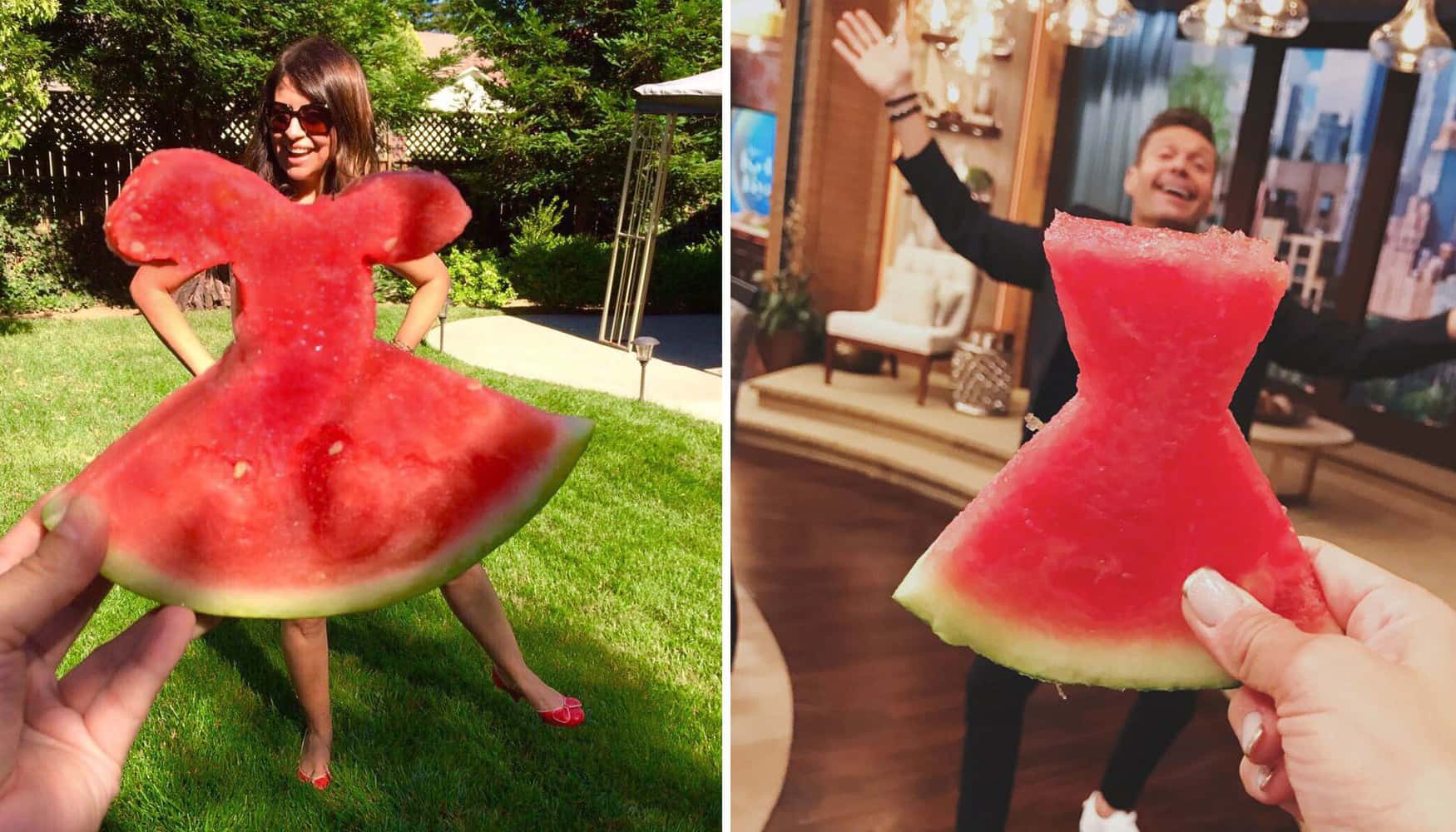 The #WatermelonDress phenomena squished its way into social media frenzy during 4th of July. Ryan Seacrest actually “dropped” a picture on Twitter wearing the watermelon cut out held over a picture of himself a few days before the 4th . But by all accounts, Twitter exploded over the trend during and then following the U.S. Independence Celebration.