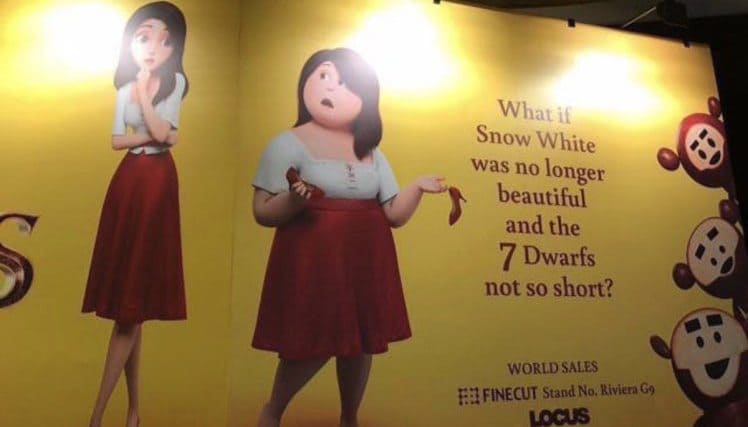 Movie maker Locus Creative Studios is not being celebrated this first week after the 2017 Cannes Film Festival, precisely because of body shaming. In its remake ‘parody’ of the classic Snow White story, Red Shoes And The Seven Dwarfs, the dwarves are cursed princess who must kiss the “most beautiful princess” to break their curse. On the movie’s poster revealed on the French Rivera festival last week, a slim Snow White is shown morphing into a curvier version over the tagline: “What if Snow White was no longer beautiful and the 7 Dwarfs not so short?”