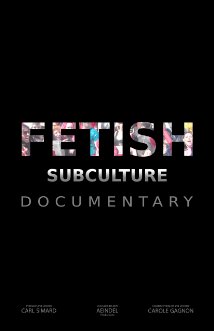 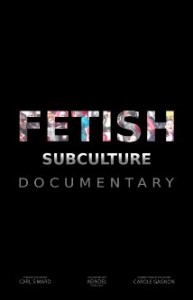 As those of us who even have a small interest in getting up and out, wearing the latest of a latex couture wardrobe know, there are lots of misconceptions about fetishism, kink, non-mainstream fashions and overall ‘alternative’ approaches to life. It’s certainly understandable, that those who view us passing through a hotel lobby in a latex hood(like any of these) might turn their heads for a double-take and that a non-lifestyler’s quick read of a Fifty Shades Of Grey might as much bubble forth a whole bunch of questions as it might rush-to-judgments.

Producer/director Carl Simard employed his own healthy curiosity to fetish to create his FETISH Subculture Documentary. The film has toured the film festival circuit and was just released to Youtube (see here: https://www.youtube.com/watch?v=YCrsEmaCnUI&feature=youtu.be).

Hoping to demystify fetishism by using the fetish community’s p.o.v. Carl’s documentary-which team Dawnamatrix is part of-is aimed to serve as “a first contact between the fetish world and the educated general public.” Begun in spring 2011 and completed this year, Carl truly lets the people in our community-models, designers, photographers, event producers, painters and filmmakers –speak for themselves about their lives, their ideas and their particular passions.

With lots of interviews conducted during this past years’ Montreal Fashion Weekend and Canadian model THE Richard as the film’s official spokesperson, Carl’s film ended up as an honest glimpse into our community. It was an honor for all involved to be part of this wonderful look into who we all are and why what we do is such a passion for us all. 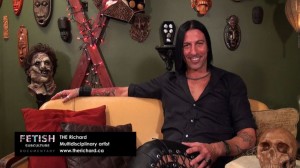