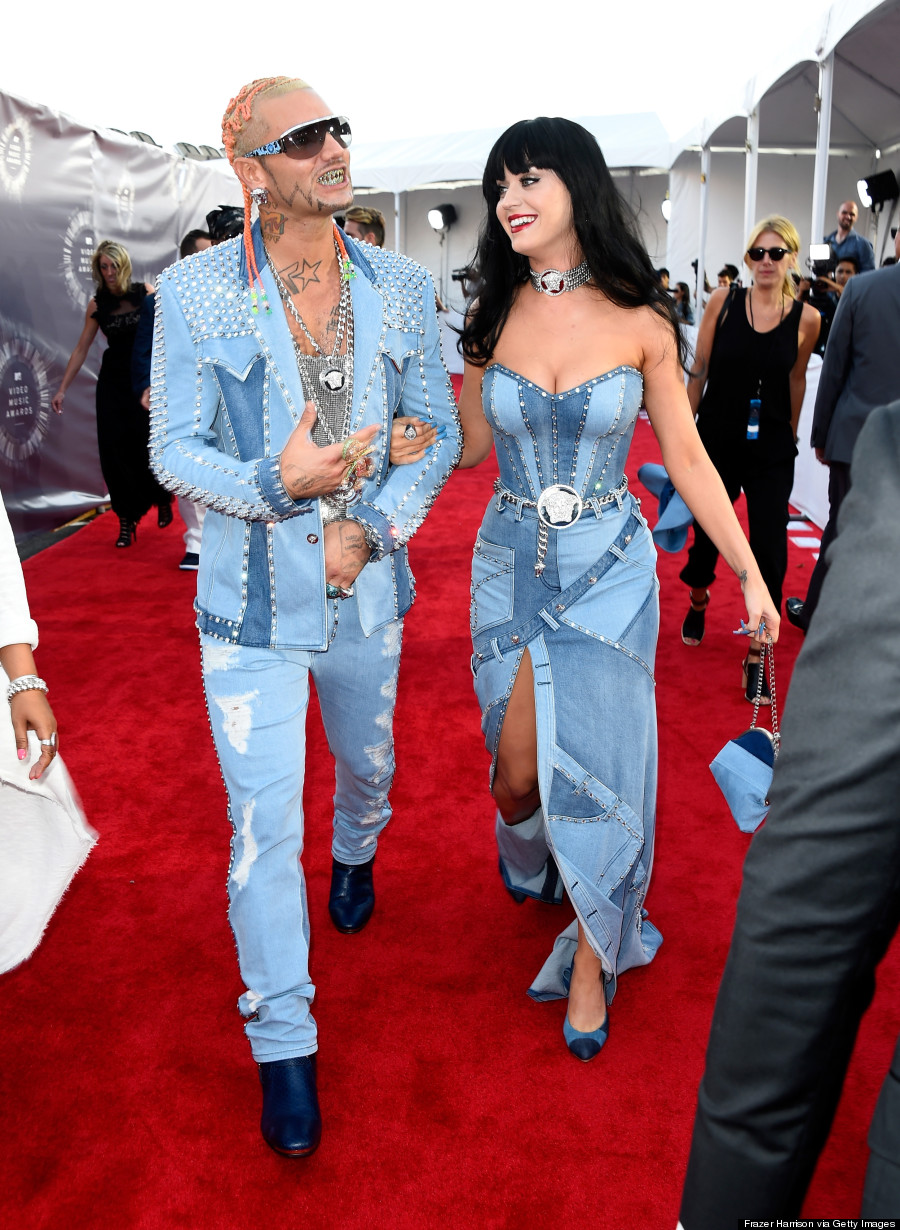 Yes, more happened at the VMA’s on Sunday night then just Beyoncé’s dancers wearing Dawnamatrix outfits. The very next night actually saw the Emmy award show telecast and to be sure there were some ladies there rocking some amazing couture (a much older crowd, the order of the day seems to be gowns as opposed to the VMA hip hop hop hop hop-ier set.) We thought it might be good to take a last look at the the 2o14 VMA Fashions.

Though she wore a sparkly bodysuit during her performance, Miss Bey walked in to the L.A. Forum wearing a slinky sheer black lace dress by Nicholas Jebran.

Miley Cyrus and Ariana Grande showed-off in head-to-toe leather, how’s that for gutsy wardrobe choices under the L.A. sun? (Ariana was in Moschino.) 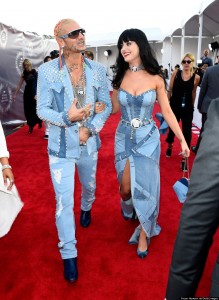 A bunch of stars were channeling looks that had gone before: Katy Perry and her ‘remixer’ Riff Raff wore all denim in a nod to Justin Timberlake & Britney Spears’ 2001 VMA outfits. (The pic above courtesy of The Huffington Post). Amber Rose was in chains and a thong crediting her couture to Rose McGowan’s even naughtier look at the 1998 VMAs (though sometimes just semi-see thru is sexy, as we prove here).

And Nicki Minaj may have exploited a seeming wardrobe malfunction (‘seemingly’ since there have been reports that the exact same thing happened to her during rehearsals) walking back onto stage during the opening number holding her black dress in a struggle to keep her front covered (you decide from the YouTube capture below). 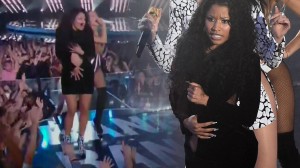 So, yes there was lots happening at the 2014 VMA’s Dawnamatrix wasn’t even a part of.