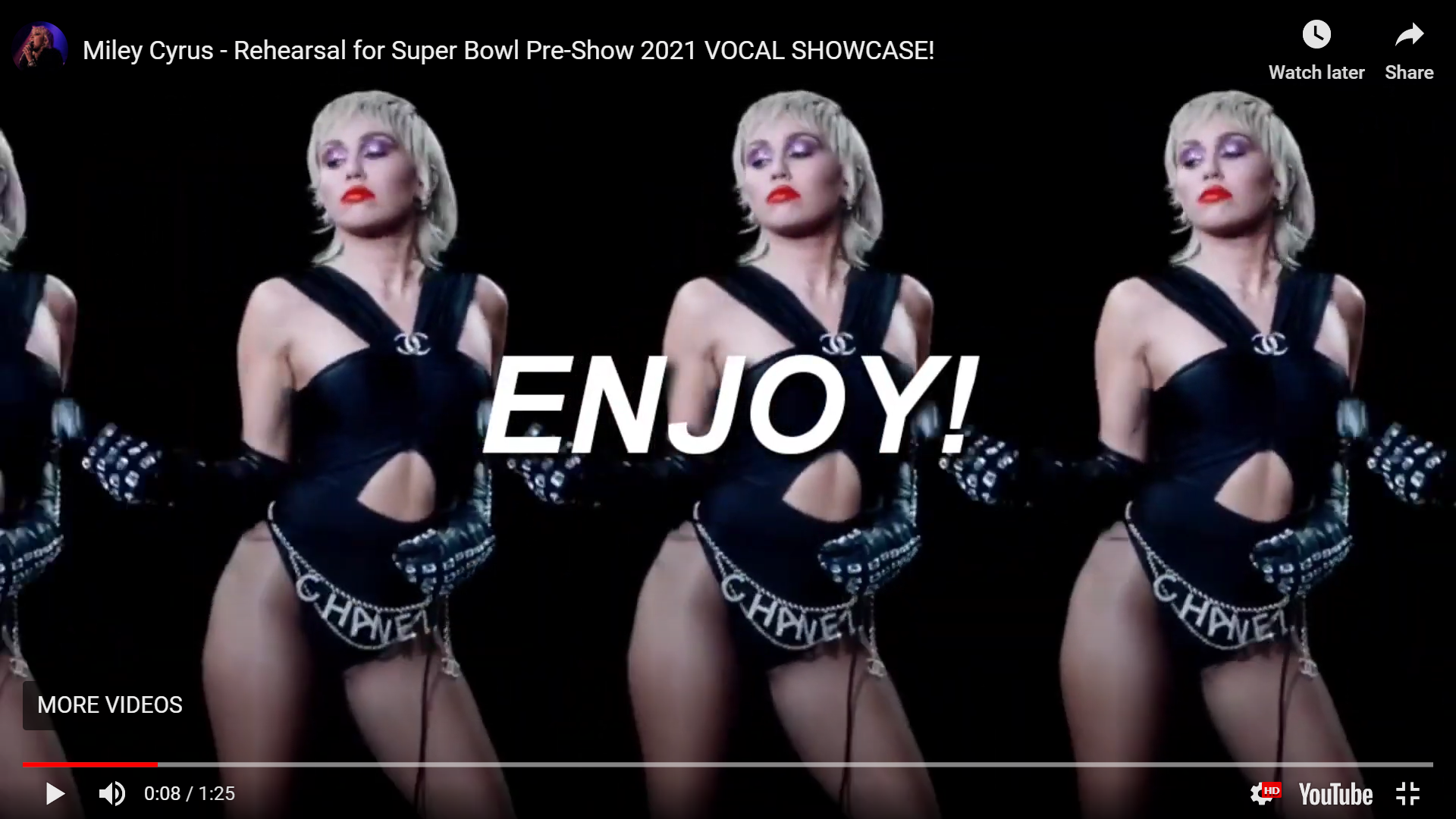 We can always expect wild latex couture, naughty leather and lace combos and all manner of alternative accessorizing from our divas. Young and old alike, either performing on stage, creating too-hot-to-handle video clips, twirling around their bedrooms for their Twitter feed or in poses for new albums, causal onlookers and fans alike are still surprised weekly with what we get from our best and brightest. As one could only expect, Dua Lipa and Miley Cyrus tickled our sensibilities with some of their sexy wardrobe choices this week.

Dua Lipa surprised her fans (and over 60 million Instagram followers) with the artwork for her new album, “Future Nostalgia-The Moonlight Edition.” Released on Feb 12th, the 25-year-old  singer revealed the album’s cover of her wearing sheer tights, a navy-and-black mesh bodysuit and knee-high leather boots with pointed-toe. In addition to this post, Dua Lipa also posted a picture of herself in leather bralette and high-rise pants, swinging on a crescent moon. This second picture is advertising the first single from the new album, “We’re Good.”

Miley Cyrus is set to perform the Superbowl’s “TikTok Tailgate” pre-show (the first one ever) this Sunday. Offering up more than just pictures in her posts, Miley gave fans glimpses via two social media clips. In one, she manages a slow turn in her dressing room mirror, rocking high-heeled black boots, black bikini panties and a shimmery pink and black bikini top. The top had “FTW” written across its chest.

In the other clip she ‘dropped’ this week, Cyrus sings Bikini Kill’s “Rebel Girl,” while running on a treadmill in a pink crop top and sweats.

The downbeat for Miley is 2:30 p.m. ET. on CBS and TikTok. Other musical acts for the day will be H.E.R. singing “America the Beautiful,” Jazmine Sullivan and Eric Church singing the “Star Spangled Banner,” with The Weeknd headlining the 2021 Pepsi Super Bowl LV Halftime Show.