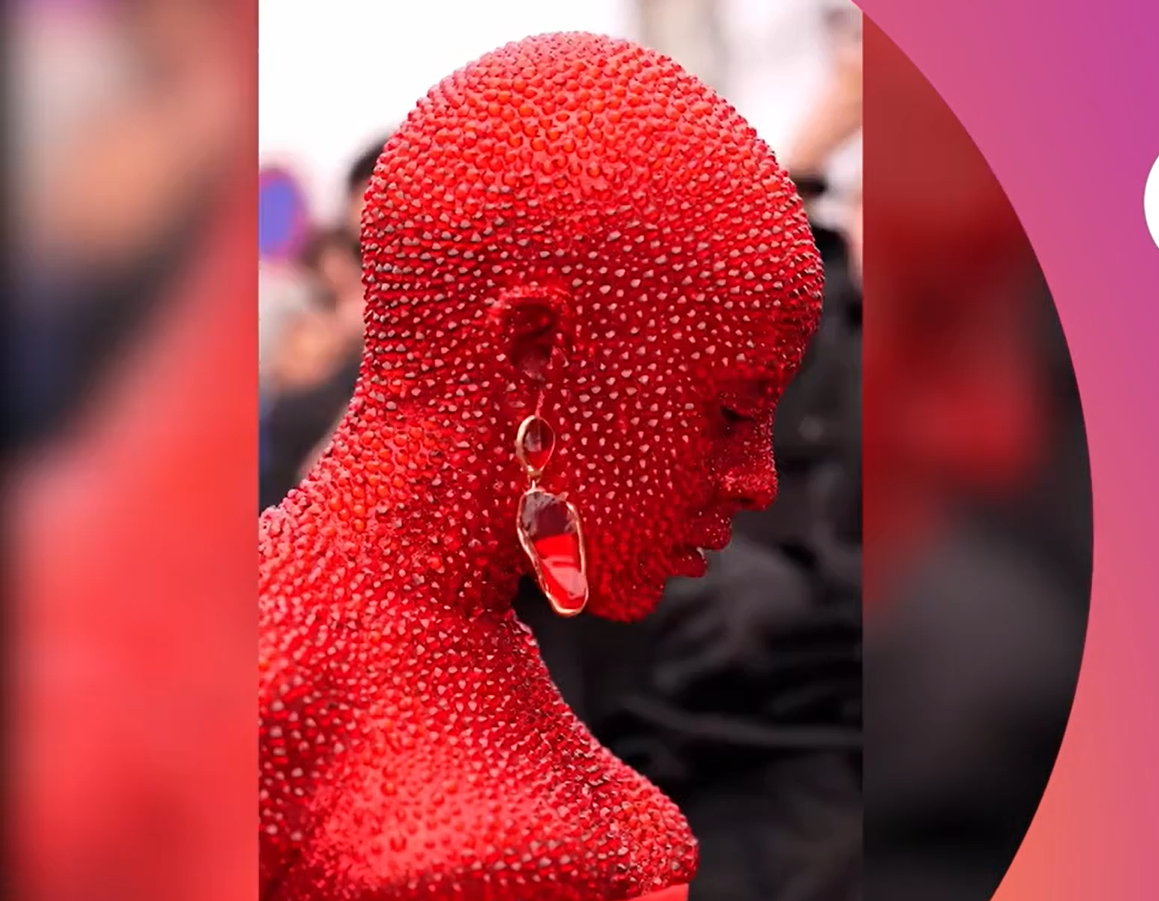 And stars were in attendance showing off Schiaparelli’s designs in the show as much as in the audience attending it.

Singer Doja Cat turned heads with her head. Wearing head-to-toe red body paint and 30,000 Swarovski crystals attached to her, the singer added to her arresting look with a bespoke outfit—silk bustier, a lacquered wooden beaded skirt, and a matching red boots—created by Schiaparelli creative director, Daniel Roseberry. Makeup artist Pat McGrath rendered Dojo Cat’s stunning makeup, which it took McGrath and her team almost five hours to complete. Here is a timelapse behind-the-scenes video Dojo Cat posted of her getting painted and enduring the application of all those crystals.

Also at the show was Kylie Jenner, creating her own see-and-be-scene headlines by walking in and sitting in the audience in her black velvet strapless gown that featured a life-sized lion’s head. This outfit was a peek into the Spring-Summer 2023 couture collection that was featured at this opening show. The head wasn’t real, of course, and later models Naomi Campbell and Shalom Harlow, to name just two, walked for Schiaparelli, showing off more of the label’s “faux-taxidermy.” These hand-made pieces were constructed from foam resin and what the label assures is other man-made materials.

Schiaparelli’s Inferno was inspired by Dante’s famous poem of the same name. The three animals featured in that 14th-century work were reimagined in Paris last week as a leopard, lion, and “she-wolf.” The animals represent lust, pride, and avarice, respectively…or at least they do to Roseberry, who explained his inspiration in the show’s notes.