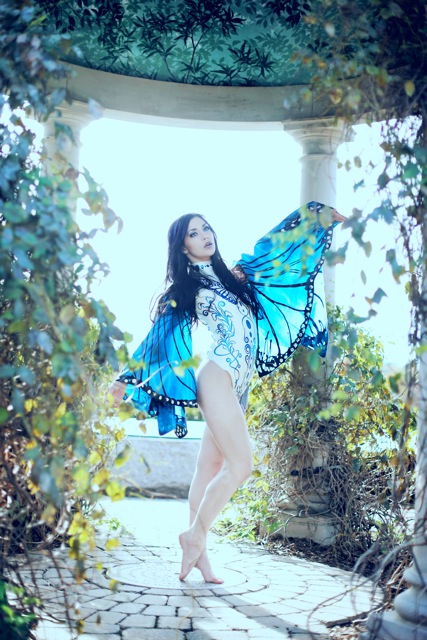 As you well know Dawnamatrix steered the full flight of some oh-so-fashionable butterflies this past August when we revealed our latest Space and Time collection at The Montreal Fetish Weekend. As we have for quite a few years now, we launched this new line during our runway show at the MFW and this year our fluttering latex butterfly designs were a high flying hit.

Photographer Whitney Kelly’ stunning work never ceases to amaze and titillate and we have worked with Whitney for several years on photo collaborations. She has a way of telling a story with each of her images, birthing a wide depth of emotion from the viewer. Her work is nothing short of brilliant and we were thrilled to have our couture grace Erin’s lovely form and be captured by Whitney.

WinterWolf Studios is Whitney’s fine-art photography company based out of the Ohio cities of Cincinnati and Dayton. Formed nine years ago, Whitney and WinterWolf are known for creating fantastical images (like the ones you see flittering across this page) that glimpse into the unusual beauty of fairytale worlds, with an emphasis on creative female portraiture. Whether creating her ‘stories’ for us or shooting baby photography, editorials, senior portraits or weddings, Whitney is a true artist in her field.

As we have stated time and again, latex couture designing may begin with an idea in one person’s head, be rendered by a small crew, but without the models and photographers who capture the full depth and breath of what the designer is attempting to ‘say,’ our outfits would not truly live enough to even be considered by the public. 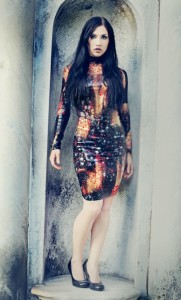 We truly love collaborating with visionaries like Whitney Kelly.