Ashley Graham Has No Thigh Gap…and Neither Does Her Barbie 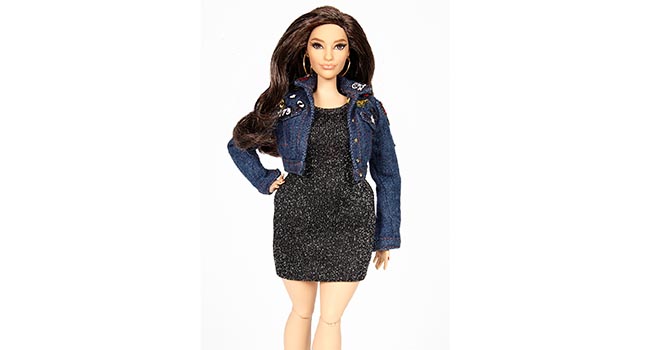 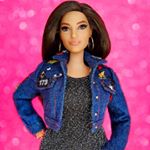 The two things we can be assured of with the new Ashley Graham Barbie: the doll is not wearing a latex kimono and she does not have a thigh gap.

The costume design of the doll should be no surprise, but at Glamour’s Women of the Year summit Ashley actually lifted the front of the doll’s dress to check that its thighs were indeed rubbing side by side, just like hers do in real life.

“We need to work together to redefine the global image of beauty and continue to push for a more inclusive world,” she said in her statement about the new doll. “I’m thrilled Barbie has not only evolved their product but also has continued to honor women who are pushing boundaries. It’s an honor to be immortalized in plastic.”

As to the doll’s outfit, the Ashley Graham Barbie comes in an “Opening Ceremony” bodycon dress with a Sonia Rykiel cropped jean jacket over it. This is a recreation of the outfit Ashley wore at her NYFW Addition Elle lingerie show just this September past. As much rendering a perfectly proportioned smaller likeness of Graham, Mattel, as they often do, is also managing their a homage to a specific couture.

Poor Ken is not going to know what to do!

In addition to presenting a greater diversity of body type and other physical attributes for their dolls, Mattel’s new “Shero” series celebrates accomplished women of many fields. This collection includes dolls of Kristin Chenoweth, Emmy Rossum and Olympic gymnast Gabby Douglas, to name just a few.