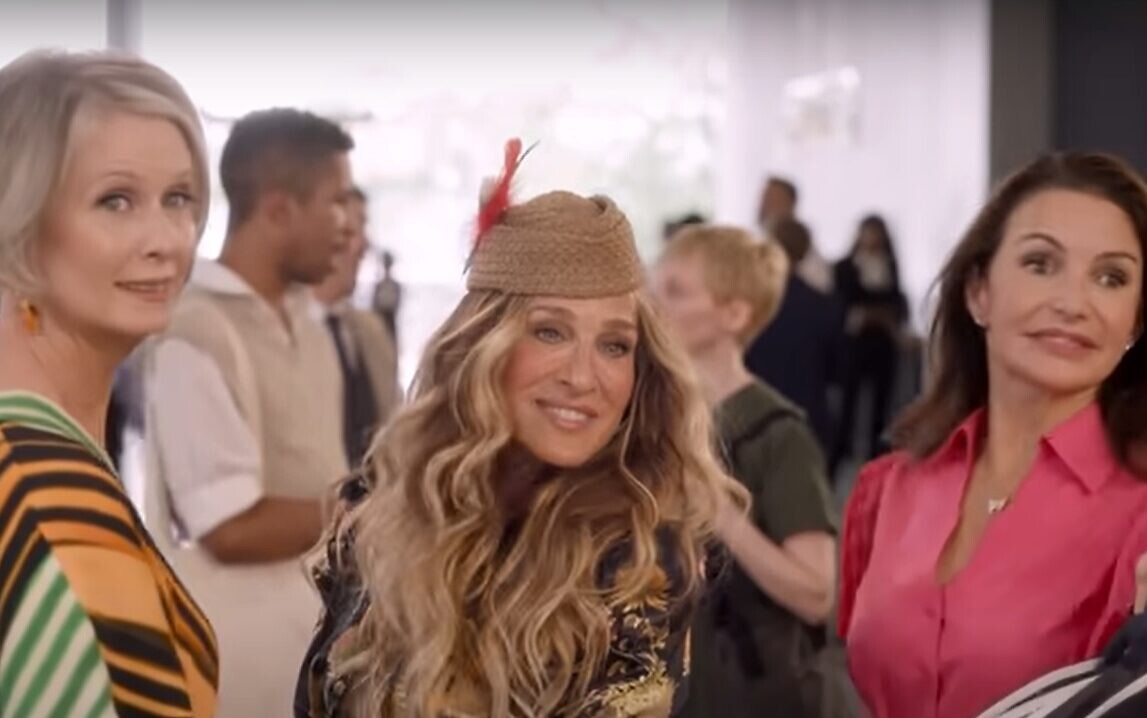 As the fashion-centric Sex and the City series enjoys a revival with the soon-to-be-aired And Just Like That, we wonder once again if there will be some latex couture in the show.

And of course, there are the clothes.

Sarah Jessica Parker’s “Carrie Bradshaw” influenced the fashion set before the word ‘influencer’ was used to a sickening degree. For instance, the Whistles brand created a midiskirt they named the “Carrie” in 2011, and during the initial run of the series, Parker pretty much made Manolo Blahnik shoes a must-have for any with-it mid 90’s fashionista. SATC was also the first show to name-drop designers regularly.

Designers and shops are certainly hoping And Just Like That sparks sales and interest in fashion as the show always did. There has already been a reported 45% uptick in searches for the Fendi baguette, a Sex and the City classic bag rumored to resurface on the revival. And from pictures released earlier of the new series, fans had plenty to say about Cynthia Nixon’s “Miranda’s” silver-grey bob and Charlotte’s pencil skirt.

According to And Just Like That costume designer Molly Rogers, although the ladies of the infamous NYC-based series are now all in their 50s, there is lots of “re-wearing” of past wardrobe pieces in this latest iteration. There will also be a marriage and mixing of vintage styles and both “up” and ‘downtown” Manhattan tropes seen in the styles of the characters’ clothes.

It is interesting to note that from all that has been seen of the men’s styles from And Just Like That, the guys on the series all seem to be wearing different colors of the same Paul Smith suit.