Part 3: 2019 (and the past decade) Fashion Statements (and Questions?) 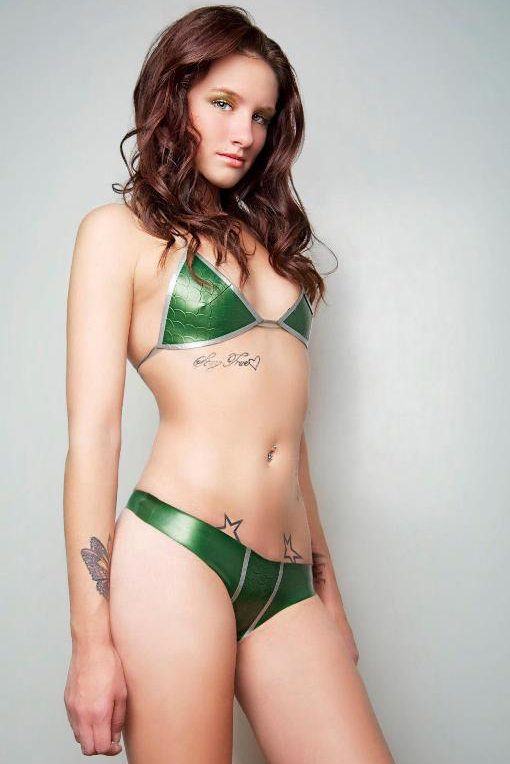 In our continuing coverage of past couture moments from 2019 and this decade, be they latex couture or not, here are some “fashion statements” and ‘questions’ both.

Although we have been known to sell latex thongs, does anyone recall Boohoo.com introducing their “Basic V Neck Ruched Front Thong Bodysuit” this past year? The ‘front thong’ trend didn’t seem to stick (pardon the use of that word) still Fashion Nova also revealed a version of this item (their high-cut front bodysuit “thing with arm straps”). Interestingly enough, the thong bodysuits their models showed off seemed to be made of latex.

There was also an ‘extension’ on the nude dress trend we have seen through the past years with retailers releasing clear plastic pants, skirts, and jackets…we also saw stick-on swimsuits. From this just-released Guardian article, it seems the codpiece might once again thrust itself front and center of men’s styles. Gucci’s Alessandro Michele had models walk his runway at his spring/summer 2019 show in the eye-catching accessory.

The “big toe” shoe trend continues, with Bella Hadid and Katie Holmes stepping out and about in big clunky footwear to make the trend viral, while high-waisted jeans also seemed to have made a comeback in this past decade. We had the ‘man bun,’ starting through the middle of the decade, and hairbands this past year. And 80’s staple and Madonna favorite (at least way back when) bike shorts were seen far and wide; Karl Lagerfeld included them in numerous runway presentations this year.

In 2016 one of the biggest trends of the decade hit and stayed: Athleisure. Wearing yoga pants, tights, sneakers, leggings, and shorts (what are typically known as gym or workout clothes) became the haute couture of many a man and woman who were not even particularly athletic.

Of course, it’s hard to swing latex into this trend.