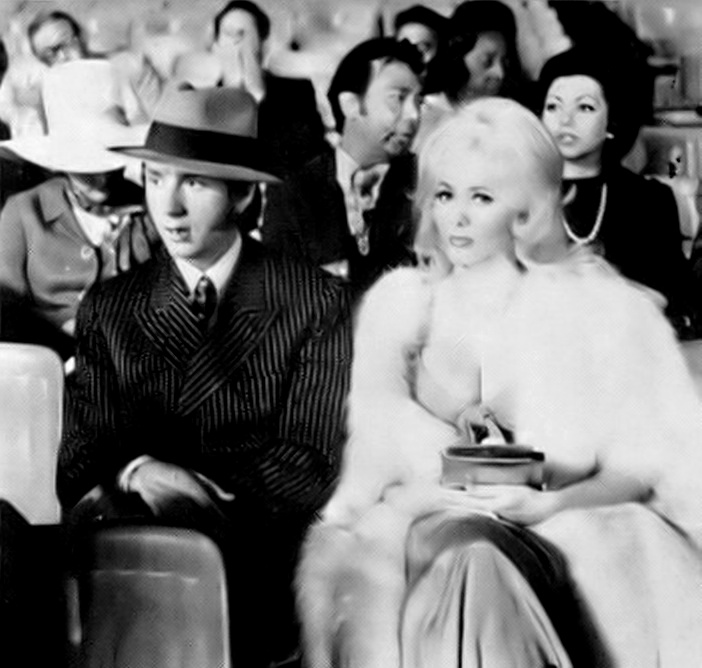 As of 1964, the year Carol Doda first appeared topless at San Francisco’s Condor Club, she had been performing her act dancing atop a piano lowered from the ceiling of the club, but never nude in any real sense. That particular night in ‘64 the club’s P.R. man Davy Rosenberg handed Doda a Rudi Gernreich ‘monokini’…and history was made. Seeing as the swimsuit in question renders the upper torso of the wearer basically bare-save a few straps-Doda became one of the first strippers to dance topless in the U.S.; when she enhanced her bust by silicon injection, gaining her new attributes the labels “twin 44s” and “the new Twin Peaks of San Francisco” she gained international fame.